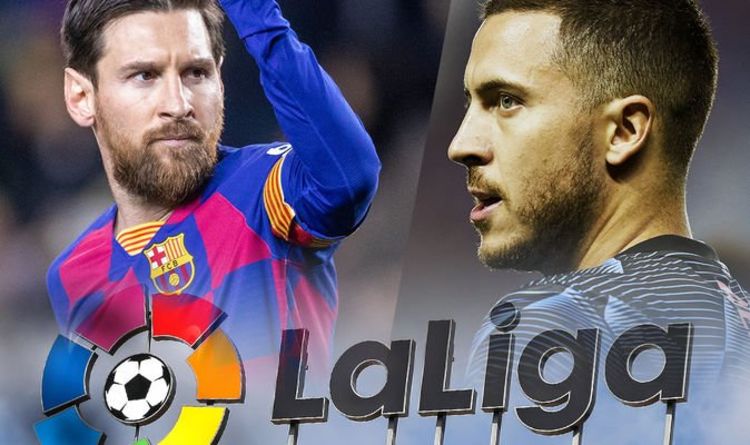 Spanish Prime Minister Pedro Sanchez has announced La Liga can restart from June 8 with the coronavirus crisis easing in the country. There has been no football since March because of the COVID-19 pandemic.

It means Barcelona and Real Madrid will once again battle for the title with 11 matches left to play.

Spain chose to opt against scrapping the season like France and Holland in the hopes they could finish the campaign.

It means an exciting title race is in the works with Barca and Real separated by just two points.

La Liga players started training earlier this week in groups of no more than 10.

Prior to Sanchez’s confirmation, La Liga president Javier Tebas said: “We’re working to restart LaLiga from June 12 onwards, but it will be up to the health authorities to tell us when we can start.

“There will be football every day. That’s what I hope. We shouldn’t have any problems playing on Mondays across the eleven rounds of matches we have left to play.

“I hope for some sense from the Spanish Football Federation (RFEF) on this, because it’s very important for us to be able to give both our national and international broadcasters, and fans across the world, football on as many days as possible to ensure as little harm as is possible.”

On La Liga returning the Prime Minister said: “Spain has done what it should and now new horizons are opening for everyone. The time has come to bring back many day-to-day activities,” said Sanchez.

The Spanish second division is set to return at the same time as La Liga.

December 29, 2019 Admin Comments Off on Man Utd may be about to take transfer gamble – Ole Gunnar Solskjaer could regret decision

July 1, 2019 Admin Comments Off on Andy Murray stubborn on potential chaos caused by hip injury as he prepares for Wimbledon