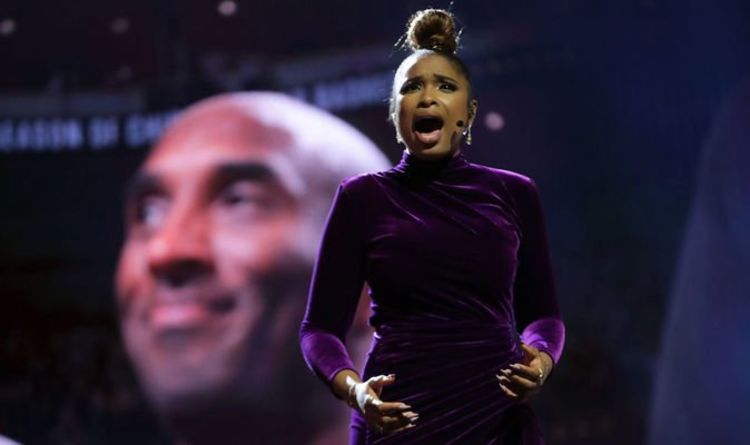 Ms Hudson dedicated her slot during the NBA All-star game to pay tribute to the recently deceased basketball legend, Kobe Bryant, and his daughter, Gianna. The pair died last month while, travelling to a basketball game, their helicopter crashed killing them and seven others.

Now, almost a month later, Ms Hudson has been praised for her performance in a tribute to the NBA star.

Many fans took to Twitter to express the overwhelming sadness the tribute instilled in them.

Another said: “So powerful.

In addition to Ms Hudson’s tribute, the two teams playing will be paying their own personal honours.

LeBron James’ Los Angeles Lakers will be wearing the number two jersey that has been retired by Gianna’s school since her tragic passing.

Giannis Antetokounmpo’s Milwaukee Bucks will sport jerseys with the number 24, in tribute to Mr Bryant.

Mr Bryant spent his entire 20-season career with the Lakers.

Barr REFUSES to testify in front of House over Mueller report – ‘He’s AFRAID!’

May 2, 2019 Admin Comments Off on Barr REFUSES to testify in front of House over Mueller report – ‘He’s AFRAID!’

July 30, 2019 Admin Comments Off on Vladimir Putin ‘orders Russian Navy to block Black Sea’ in show of strength to NATO