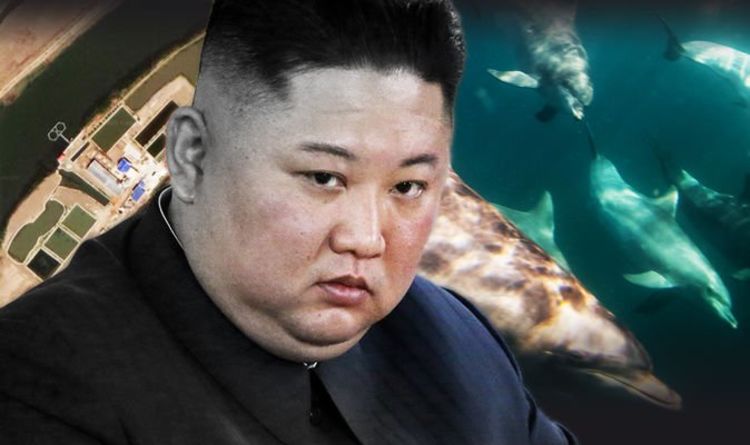 Militaries around the world use dolphins for underwater tasks, such as training for sabotage missions against enemy ships. The satellite images show a river in North Korea with a suspected pen for dolphins beside a naval military facility. The location of the pens is eight miles from the mouth of the Taedong River.

The unconfirmed dolphin training facility is in the city of Nampo on the west coast of the secluded nation.

A report from the US Naval Institute (USNI) analysed the facility and found that it has been in operation since 2015.

The report by the US Naval Institute released information that said: “The animal pens were spotted in satellite imagery in the brown waters between a shipyard and a coal loading pier.

“This location may still be in use intermittently, possibly for training with the naval units based nearby.

Speaking to The Guardian, retired Colonel Viktor Baranets said Russian/ Soviet dolphins have been trained in the past to carry out kamikaze attacks against enemy ships.

The dolphins have been trained to carrying explosive charges to their targets.

Both the Russians and the US have been training attack dolphins for some time now.

“But when Soviet intelligence found out the tasks the US dolphins were completing in the 1960s, the defence ministry at the time decided to address this issue.”

October 27, 2020 Admin Comments Off on Donald Trump mobilises coastguard fleet to clamp down on ‘illegal fishing’ by China