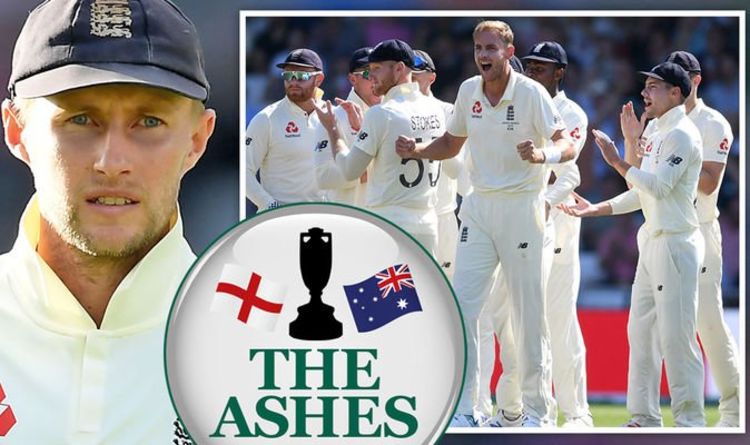 Having so far dodged the bullets aimed at his own captaincy, Joe Root last night fired the starting gun on a process which he hopes can overhaul Test cricket.

And he insisted he hopes that process starts and ends with victories over Australia.

The Ashes may be gone but Root called for a revamped England side to wipe the smile from Aussie faces at The Oval and level the series here in the fifth Specsavers Test.

Looking further down the line he maintained that he hopes it ends with him leading the side to victory Down Under in the next Ashes ending in January 2022.

“I think in terms of personnel things might change as they have done for a while but we have to focus on the core group of players that can lead this team forward, both home and away, then build from that,” said Root.

“We need to build towards winning in Australia and use the next two years to focus on putting in a winning tour Down Under.

“That’s a real incentive for everyone, to be part of something special down there.

“Yes we are fully focussed on doing everything we can to finish the series 2-2 but in terms of my own captaincy I know the direction I want to take this team moving forward.

“But it is about starting that now and not after this series. It is important we win this game and have a really strong winter and move forward as a group.”

Jason Roy became the first casualty of Root’s new broom when ditched to accommodate Ben Stokes who can play here as a batsman only (at four) on account of a shoulder injury.

Craig Overton also misses out with Sam Curran and Chris Woakes coming in to beef up the all-round options.

Roy can have few complaints having failed to translate white-ball prowess to the longer format but his omission could also indicate a shift in thinking back to long-format specialists.

Four years on from the white-ball revolution which ended with World Cup glory Root is pinning his hopes to harnessing similar momentum back in Test cricket, most likely, building around a core of himself, Stokes, Rory Burns, Jonny Bairstow and Jofra Archer.

Critics would say recalibrating sights is a standard distraction tactic when flak is flying and that keeping hold of the rudder could be difficult this week with Tim Paine’s side looking for a place in history as the first winners here since 2001.

November 2, 2019 Admin Comments Off on England can make history but must manage emotions to win Rugby World Cup – Jason Robinson