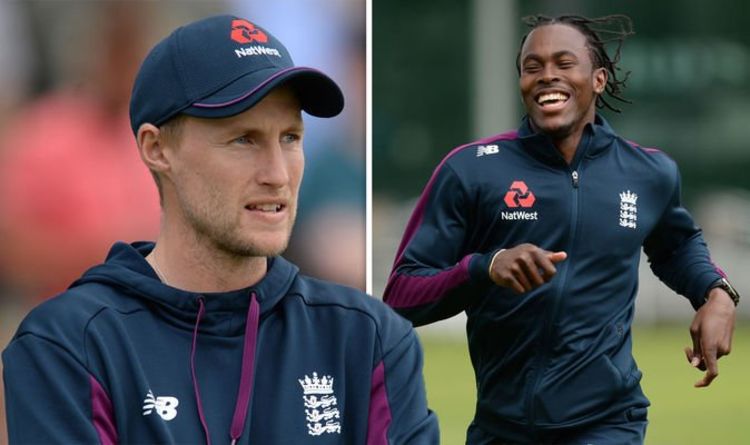 And the general expectation is that this force of nature will rock up with just one first-class game in 11 months and a run out against the Gloucestershire 2nd XI behind him and turn the Ashes on its head.

Steve Smith? Not a problem. David Warner and the rest? Fodder. Grist to his mill and power to his elbow.

Of course things will not be that simple and the look on Joe Root’s face on Tuesday acknowledged as much as he talked about managing expectations surrounding the rocket man from Barbados.

Yes he is “very exciting” and a rare talent but the chances are he will not run through Australia like he did Gloucester reserves last week.

But if he can be used to make key strikes, he will have done his job.

Root’s deployment of Archer looks to be key not only to this Test match but turning around the Ashes momentum and also captaincy showing the signs of stuttering.

His overall record may stand the comparison against the last 40 years but his record against Australia is strangely poor and his leadership in the first Test questionable.

Archer brings with him a point of difference for all that a fully-fit Anderson would be the first name on his teamsheet if truth be told. But Root must use him cleverly.

The skipper swayed gently out of the way of a question first up about who is set to open the bowling.

“We don’t really need to have a set plan on that, we can we can see what the conditions throw at us and see what we think is best to go with,” he said.

But assuming that was nothing more than sophistry, Australia will fully expect a barrage from Archer early on with him opening the bowling in tandem with Stuart Broad. Root should use Archer in short sharp bursts from the Pavilion End given his angle of attack.

With his delivery from close to the stumps and the slope bringing the ball back into the right handers, Australia’s orthodox batsmen – Bancroft, Smith and captain Tim Paine – might find themselves uncertain which balls to play at which to leave.

The left handers which is everyone else will have the ball angled across at pace. Either way Archer will cause a problem.

“He will bring pace, take the ball both ways and has a great bouncer,” said Root. “And he also brings a huge amount of confidence in his own ability, which is great for a young guy to have.

“Coming off the back of a very good World Cup, under huge amounts of pressure, the scrutiny of coming into that right at the last minute, he dealt with that brilliantly and I expect him to do that coming into this arena.”

Root’s captaincy took some hits at Edgbaston as well it should have done. He was took quick to change his plans against the formidable Smith, betraying the feeling that he had little confidence in any of them and he allowed his team to squander a winning position.

Any captain who lets slip 122-8 on the first day and goes under by 251 runs should be under pressure.

And in a country where captain’s are judged on their Ashes record more than any other, Root will be feeling it – he is yet to taste victory in six attempts.

“It’s about how quickly you can adapt, knowing when to be a little bit more aggressive and when to suck it up, and are you skilful enough to manage that as a bowling group and me as the captain.”

Archer is his big gun and key to that. It will be interesting to see Root manage him.

December 23, 2018 Admin Comments Off on Tottenham boss Mauricio Pochettino reveals why he can't talk about the Man Utd job

July 18, 2019 Admin Comments Off on ‘I would like to punch myself’ – Rory McIlroy reacts to horror first round at the Open