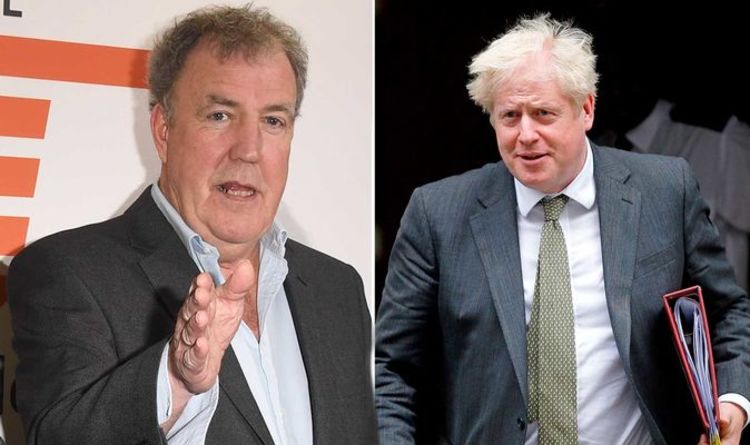 The Grand Tour presenter Jeremy Clarkson, 60, has urged the Government to take advice from countries that are “coping well” in the coronavirus pandemic instead of those facing an increase in cases. Prime Minister Boris Johnson recently enforced stricter restrictions across England in a bid to crackdown on the surge in coronavirus cases.

Expressing his thoughts, ex Top Gear presenter Jeremy said: “All week, we’ve been told that the coronavirus is now bouncing back in Spain and France and that unless we do something, and fast, we will suffer the same fate.

“Well it’s possible I suppose, but what about Germany and Italy where the second wave doesn’t seem to be getting much traction?

“Would it not be more sensible, instead of focusing on worst-case scenarios, that we look at countries that are coping well in the fight?

“And copy what they’re doing. Rather than copying those that aren’t,” he added in his column with The Sun.

Official figures also state that 423,000 positive cases have been recorded.

Jeremy is no stranger to sharing his thoughts about the ongoing pandemic.

Most recently, he commented on his co-star James May’s tweet about the new 10pm curfew.

James is the part-owner of The Royal Oak pub in Swallowcliffe, near Salisbury.

December 18, 2018 Admin Comments Off on Dame Joan Collins blames modern views for the 'end of seduction'

March 22, 2020 Admin Comments Off on Simon Rimmer and Tim Lovejoy address ‘sad day’ as Sunday Brunch is pulled off air