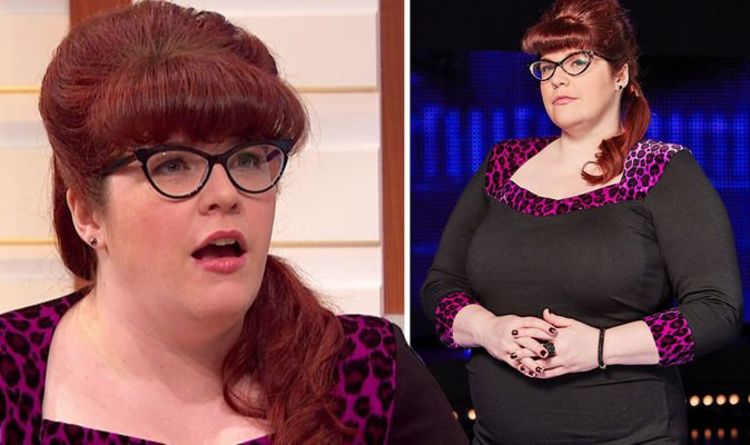 The Chase star Paul Sinha, 49, tweeted Jenny Ryan, 37, to inform her she was mentioned on BBC Radio 4’s The Archers.

In view of his 128,000 followers, he wrote: “@jenlion YOU HAVE JUST BEEN MENTIONED ON THE ARCHERS.”

Explaining further, he added: “You were the subject of a question in the pub quiz in Ambridge. The answer was something called ‘The Chase’.”

The Vixen star also shared Paul’s tweet with the caption: “At last, validation! Though Clarrie [Grundy, played by Heather Bell] doesn’t know who I am.”

Elsewhere, Jenny told her followers about what she had achieved at the British Quizzing Championship alongside Paul recently.

The Chaser shared a picture of a gold trophy, a silver and a bronze medal.

She wrote: “I also brought home some hardware from the British Quizzing Championship – whilst not as impressive as @paulsinha’s trophy for winning the main individual title.

“I got a Silver in the Team quiz, Bronze in the Pairs, and we won the Neil Phillips Memorial pop music quiz.”

Meanwhile, aside from The Chase, Jenny will be showcasing her cooking skills on this year’s Celebrity Masterchef.

The Vixen addressed her appearance on the latest series on Twitter today.

She wrote: “By coincidence, my opening episode of #celebritymasterchef is on tonight at 9pm.

“The replies to my lineup RT asking which ones the celebrities are are giving me plenty of information on which accounts to mute.”

One user wrote: “I know who @JosieLong is but who are the others? What is the criteria to be labelled as a celebrity?”

Jenny cheekily replied: “The criteria is that they are all more famous than you x.”

In another tweet as part of the thread, she added: “That bit of celebrity shows when the line up is announced & some people go ‘well I’VE never heard of them’.

“You’re not the central barometer of public figure notability, Karen, and your ignorance/unwillingness to find out about a person is not something to proudly shout about.”

The Chase continues tonight at 5pm on ITV.

Celebrity Masterchef continues tonight at 9pm on BBC One.

December 29, 2019 Admin Comments Off on Lorraine Kelly: ‘Never in a million years’ ITV star dismisses desires to become a dame