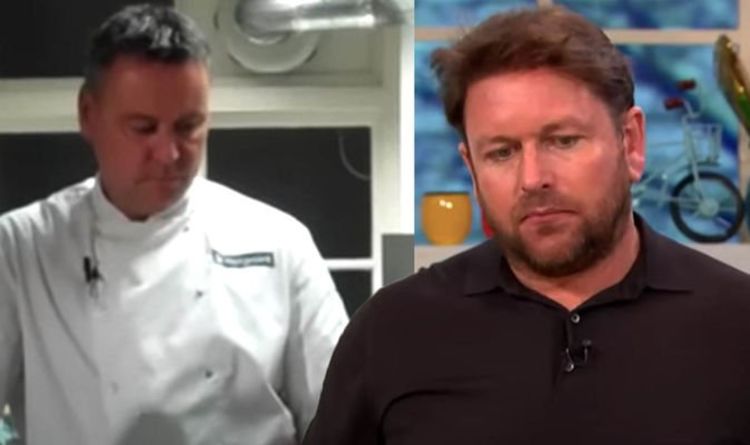 “You have these ridiculous things called a rider, you spend your whole life working and then someone decides to give you stuff, so my rider, I don’t send one, but people have found out that it is a Dairy Milk and a large can of Red Bull.”

He added: “And that’s what it used to be for breakfast every Saturday morning for ten years.

“A 500ml can, a Dairy Milk and blue eye drops… that was breakfast live to the nation for three and a half million people and at quarter to 12 I dropped off a cliff.”

Chris remarked: “Why does James sometimes look like a rabbit caught in the headlights, oh it might be the Red Bull. How many does he have… most of the UK’s supply.”

“I don’t drink tea or coffee see,” the ITV star stated, before the radio host quipped: “You don’t need to!”

Robbie Williams’ dad diagnosed with Parkinson’s disease: ‘We’ve got a lot of issues’

May 22, 2020 Admin Comments Off on Robbie Williams’ dad diagnosed with Parkinson’s disease: ‘We’ve got a lot of issues’