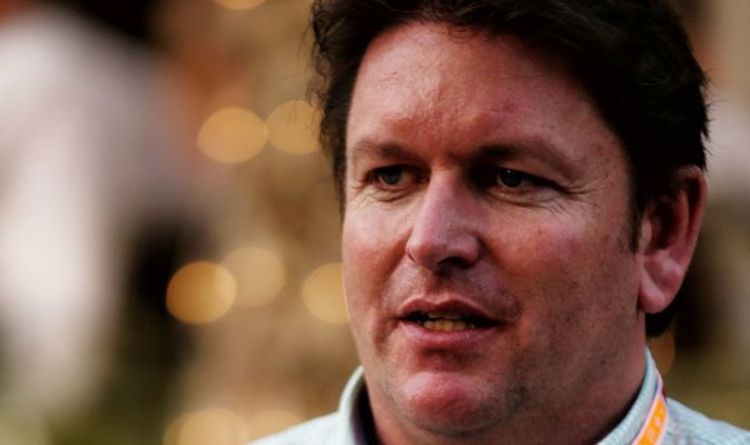 James Martin has become one of the best known TV chefs in Britain. He has spent decades on screens around the country offering the best dishes and culinary tips from around the world. His success and popularity is self-evident in his being sought after by two of the UK’s biggest broadcasters.

However, he said that despite the huge sacrifice, if he were given the opportunity to go back, he wouldn’t do anything differently.

He said: “The level of commitment it requires and the choices you have to make have a huge impact.

“But would I do the same thing again?

“Probably, because it’s made me who I am.

“And why does everybody have to follow the norm anyway?”

James is known for his hard work across multiple platforms.

Yet, with hard work comes burn out and in many cases a reevaluation of life.

He revealed the moment he knew his life was taking a “crazy” turn to The i in 2018.

It came shortly after he left the BBC and had received news that a man he had been talking to at an awards ceremony had dropped dead on stage after suffering a heart attack – a tragic event which made him reflect on his own working life.

He said: “You have to question it when your doctor says: ‘We’ve got to operate’ and you can’t find a date in your diary.

“When you can’t fit in a date to have even a doctor’s appointment or a surgery, you think, hold on a minute, this is a bit nuts.

“I don’t mind working, but this is a bit crazy.”

James made his TV debut in 1996 with the programme ‘James Martin: Yorkshire’s Finest‘.

He has graced our screens ever since, and appears to have no plans to give up his dream job anytime soon.

November 11, 2018 Admin Comments Off on Amanda Holden ‘confronted’ Phillip Schofield after ‘losing out’ on This Morning role

December 14, 2018 Admin Comments Off on Strictly Come Dancing 2018 final: Pro calls for judges' scores to be CUT in shake-up