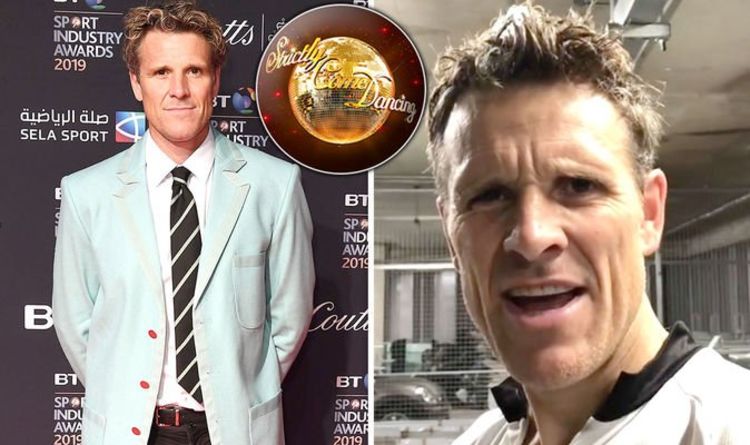 James Cracknell, 47, admitted he had “an altercation with a mini cab driver” while riding his bike in London. The athlete opened up about the accident in view of his 27,000 Instagram followers in a candid video post this afternnoon. James revealed he feared his “dream” of being a Strictly Come Dancing 2019 contestant could have come to an end due to the collision. Explaining the incident to fans, the star said: “I spent a year riding around Cambridge on a bike and it wasn’t a good day for Jake The Snake [his bike] or me as our Strictly Come Dancing dream nearly came to an end when I had an altercation with a mini cab driver in London.”

Detailing his injuries after the crash, James added: “It was nobody’s fault really. Bit of a bust finger, some road rash on my back, but okay.”

The Strictly hopeful went on to reveal: “The good thing was there was no street furniture around for me to fall into.

“I was also wearing a helmet and I was always listening to music so I could concentrate and was focused on what was ahead.

“That’s the important thing to remember cycling or riding a motorbike and driving around town is okay if you concentrate on what you’re doing and you’re absolutely focused.”

James then jokingly referenced his forthcoming appearance on the BBC dance competition, adding: “I now am much more focused with riding a bike and in fact doing anything else like learning how to dance.

“To be honest I have more chance winning the tour than winning Strictly Come Dancing, but in for a penny…”

The rowing champion captioned the video: “Slight wobble – literally – in my @bbcstrictly preparations.

“Luckily only a bit of road rash and damaged ego – but I need to get ready for the latter. #daddancing #sharetheroad.”

Fans took to the comments section of James’ post to wish him luck on his Strictly journey.

In reference to James’ injuries, a third fan suggested: “Fake tan will cover it up.”

Elsewhere, James Cracknell and his wife Beverley Turner announced their decision to separate earlier this year after 17 years together.

The couple tied the knot back in 2002 and have three children together Croyde, 14, Kili, 10, and Trixie, eight.

In a statement released back in March, they said: “We can confirm that sadly we separated last year.

“Together, we remain committed to our amazing children, they are our absolute priority and wish people to be kind and mindful of this.”

Strictly Come Dancing launches on BBC One this autumn.

Steph McGovern: ‘Why are people doing this?’ BBC Breakfast presenter rages at ‘idiots’

August 31, 2019 Admin Comments Off on Steph McGovern: ‘Why are people doing this?’ BBC Breakfast presenter rages at ‘idiots’