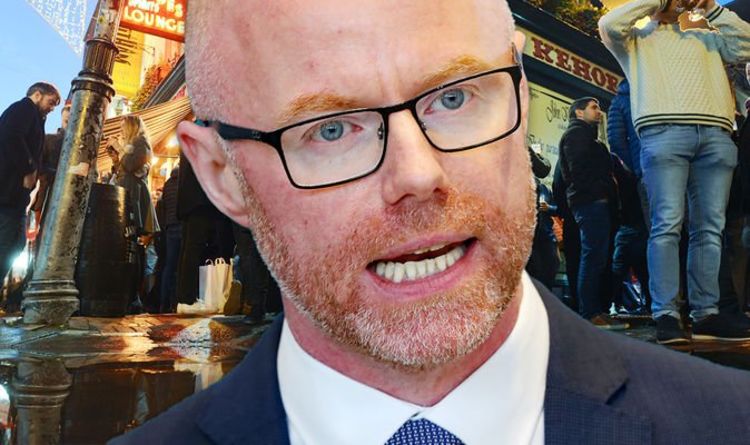 Stephen Donnelly started experiencing COVID-19 symptoms on Tuesday afternoon before being tested for the disease. The speaker of the house said “the cabinet must self-isolate” due to the “very serious” nature of the matter.  The Dail, Ireland’s parliament, will be suspended for a week. Sean O’ Fearghail, the speaker of the lower house, told parliament: “Arising out of events today, the cabinet must now self- isolate.

“Therefore, the possibility of proceeding with business does not arise and the house stands adjourned until Tuesday next or until I am directed (by the prime minister).”

A spokesperson for Mr Donnelly told TheJournal.ie: “The minister for health began to feel unwell this afternoon.

“He contacted his GP and has been referred for a COVID-19 test.

“As per public health guidance, he is now self-isolating.”

This marked a significant jump from the daily average of 203 over the previous week.

Sinn Fein TD for Kildare North, Reada Cronin, called out the government’s “double standards” when it comes to handling cases of coronavirus.

“Meanwhile schools remain open and parents of other students kept in the dark if pupil tests positive.

Reports suggest journalists who attended the press briefing have not yet been told to self-isolate.

Aoife Grace Moore, political correspondent for the Irish Examiner, said: “Journalists who were at the press briefing today with Stephen Donnelly for over an hour have contacted the Department to ask if they too need to self-isolate and there is no official response from the Department as of yet.”

A member of his household is awaiting results of a COVID-19 test.

May 9, 2019 Admin Comments Off on Meghan Markle ‘not confident’ after birth of Archie as Harry held baby Sussex in interview