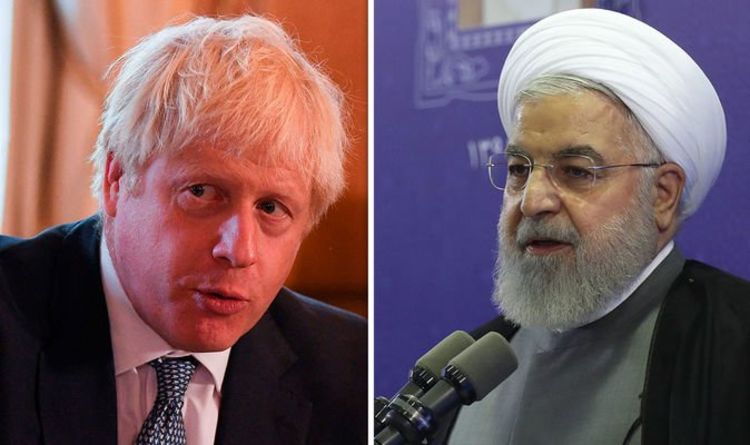 HMS Kent will take over duties from HMS Duncan and accompany HMS Montrose in the region. The vessel is a Type 23 Duke class frigate and was the first ship to enter naval service in the 21st Century. HMS Kent’s captain Commander Andy Brown said: “Today’s departure on operations has been achieved through the hard work and support of the ship’s company, their families and the wider defence enterprise.

“Our focus in the Gulf remains firmly one of de-escalating the current tensions. But we are committed to upholding freedom of navigation and reassuring international shipping, which this deployment on operations aims to do.”

The Daily Star reports HMS Kent will join an international task forces with the US and Israel.

A Navy spokesman said: “Type 23 frigate HMS Kent will relieve HMS Duncan of her duties in the Gulf and is scheduled to work alongside US partners as part of the newly-formed international maritime security construct.

“She will be focused on providing regional maritime security, including counter-terrorism and anti-smuggling activities.”

They continued: “The deployment aims to strengthen already strong defence ties and demonstrate the UK’s commitment to the peace and prosperity of the region.

“The presence of the ship proves the UK’s global reach with worldwide interests and world-leading defence capability.”

Britain’s involvement in the region comes after Marines seized Panamanian flagged Grace I suspected of transporting Iranian oil to Syria in violation of EU sanctions.

US officials have warned Iran was attempting to scramble GPS signals to trick tankers into sailing into Iranian waters, giving them a reason to seize them.

Though Penny Mordaunt, a navy reservist, was the Defence Secretary when the current spate of tensions began.

Her portfolio has now been taken by former Army officer Ben Wallace.