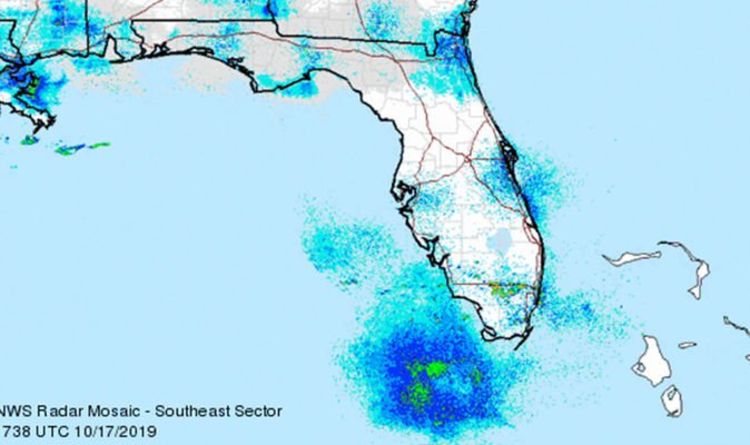 A Tropical Storm Warning is in effect for Mississippi/Alabama border to the Ochlockonee River, Florida and Grand Isle, Louisiana to the Mouth of the Pearl River.

A Tropical Storm Watch is in effect for East of the Ochlockonee River to Yankeetown, Florida.

A Storm Surge Watch is in effect for the Indian Pass to Clearwater Beach, Florida.

The National Hurricane Center (NHC) advisory reads: “The system is moving toward the north near seven mph (11kmh).

“A turn toward the northeast is expected this afternoon or tonight and a northeastward motion at a faster forward speed is expected on Friday and Saturday.

“On the forecast track, the system will approach the northern Gulf Coast Friday and Friday night.

“Maximum sustained winds are near 35mph (55kmh) with higher gusts.

“The disturbance is expected to develop into a tropical or subtropical storm later today or tonight, with slow strengthening then expected through Friday night.”

The forecaster estimates the chance of formation as high at 90 percent through 48 hours or five days.