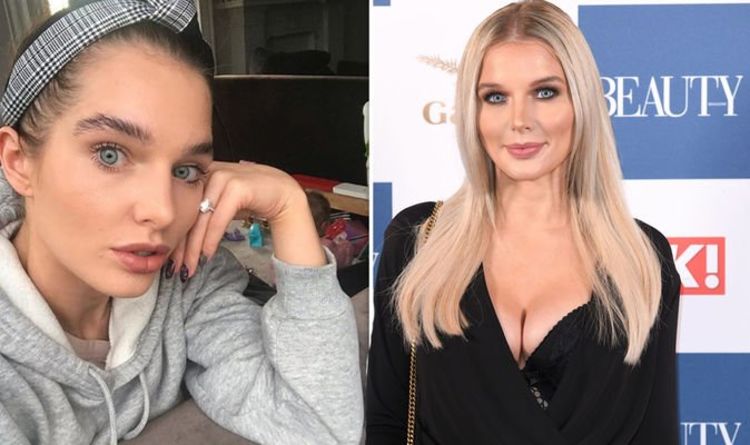 In a candid interview, the star opened up about suffering from anxiety and OCD when she became a mother for the first time.

Speaking to Giovanna Fletcher, 34, on her podcast Happy Mum Happy Baby, she said: “Even though it was amazing just being this Mum, I kind of became quite in myself and like I got quite bad social anxiety and things like that because I wasn’t really going out as much.

“I kind of lost my confidence and even though I love [Matilda] to bits, I found it quite hard in social situations.

“No one would think that because you know Helen, sure, you’re an actress you can go talk to anyone but no.”

Giovanni, who has two children with Tom Fletcher, went on to say life became “overwhelming” for her after children, to which Helen agreed.

She said: “It does and I did get like a little bit of OCD as well.

“I mean I’ve always kind of like had mental health things as well.”

Addressing a habit she claimed her friends laughed at, she went on to say: “I had this habit where in social situations I had to like gulp all the time, excessively.

“It was really weird but anyway you kind of get these OCD things and your anxiety and what have you.”

Helen went on to say she was in “overdrive” after having Matilda, adding: “You have this baby and you love them more than anything in the world and you start thinking crazy things like, ‘God, what happens if I like die, this baby needs me’.”

The actress is currently on maternity leave from the ITV soap following the birth of her daughter Delilah in May last year.

Earlier this year, she revealed she will be returning the soap at some point.

Speaking to Lorraine Kelly on her self-titled show, she said: “I miss Coronation Street so much and I’m definitely going to go back.

“But it’s just working it around my days. Matilda’s at that age when she’s four and she needs to be taken to all of her lessons and what have you.

“And obviously me living in Scotland, it’s a four-hour drive and Delilah’s nearly one. But I love it so much.”

However, it appears as though Helen’s schedule away from the soap is busy for now as she is currently planning her wedding to Scott.

Back in June, she told OK! Magazine: “We know we’re going to get married next year but we still don’t have a venue booked!

“I’m really picky and I’m looking for something perfect.

“We’re quite a modern couple so I don’t want anything old fashioned, and I definitely don’t want to get married somewhere one of my friends has had their wedding.”

Susanna Reid: GMB star responds to Kate Robbins’ ‘complaint’ about her amid self-isolation

March 26, 2020 Admin Comments Off on Susanna Reid: GMB star responds to Kate Robbins’ ‘complaint’ about her amid self-isolation