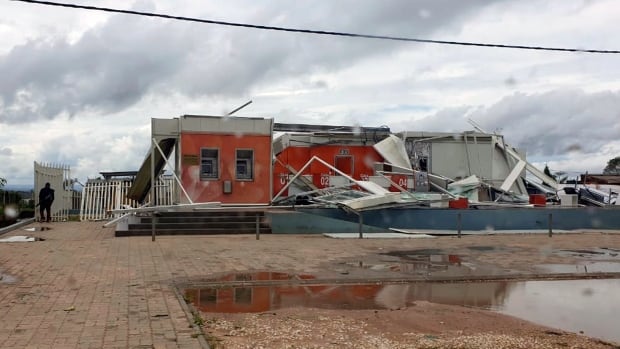 Heavy rains are lashing northern Mozambique in the wake of Cyclone Kenneth as aid groups warn of possible flooding and mudslides in the days ahead.

At least four deaths have been reported. Mozambique’s disaster authorities say one person was killed in Pemba city and another in hard-hit Macomia district, while residents on Ibo island say two people died there.

This is the first time in recorded history that the southern African nation has been hit by two cyclones in one season, the United Nations said.

Aid groups have warned that flooding remains a danger after Kenneth, just as flooding caused most of the deaths after Idai. Over the next 10 days, the storm is expected to dump twice as much rain as Cyclone Idai did last month.

Cyclone Kenneth struck Mozambique and is expected to dump twice as much rain as Cyclone Idai did last month. 0:44

September 11, 2018 Admin Comments Off on Canada returning to NAFTA talks earlier than expected

Kansas police searching for 2 men that opened fire in a bar, killing 4

October 7, 2019 Admin Comments Off on Kansas police searching for 2 men that opened fire in a bar, killing 4