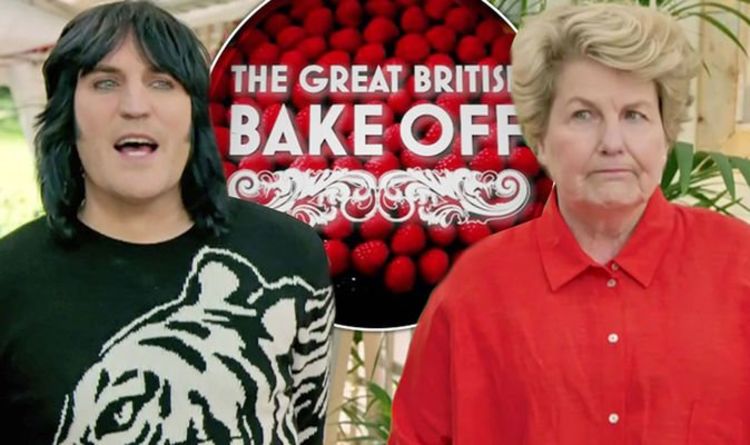 Former Great British Bake Off contestant Briony Williams, 33, was axed from the show in the semi-final week last year.

Reflecting on her experience in an interview with Express.co.uk, Briony admitted she found hosts Noel Fielding, 46, and Sandi Toksvig, 61, distracting, but insisted it was welcomed as a break from the intense tasks.

“They’re always so nice and so funny, they break it up. Like if you’re on one and you’re like, ‘Oh I’ve got to get this done,’ it gives you a few minutes to be like, ‘Ok, calm down a bit and have a laugh’.”

She added: “It’s like, ‘I’m talking to Noel and Sandy this is epic’. And then Noel would draw a little picture on your recipe.

“It was a nice welcomed break from the stress of the baking. They know the best time to come and talk to you and understand the pressure.”

Briony also revealed what judges Paul Hollywood, 53, and Prue Leith, 79, are really like off camera.

She said the duo are “great” at giving further advice when needed to the contestants.

“They’re great they come and talk to you,” she continued.

“They’re very much the judges and keep that professional side but they’re always happy to talk to you off camera and give you some advice and expand what they said to you in their comments.

“A lot of the time you want to learn from what they’ve said. You can just say, ‘Oh can you tell me a little bit more on how to make that better.’

“They want to see you improve so they’re happy to give you advice.”

Last month, Great British Bake Off returned to Channel 4 with a whole new line-up of bakers.

Briony Williams went on to reveal what she regrets about the show as she issued advice to the new contestants.

She said: “The only regret [I have] is I wish I practised more for the semi-final and for that last push to get into the final.

“I wish I practised a bit more. I had nothing left to give at that point.”

On the advice she would give to the latest baking hopefuls, she added: “Enjoy every moment because it will go by so quickly.

“You literally blink and it’s over… really go for it. Like if you’re a contender, just go for it.”

Following Briony’s departure, finalists Kim-Joy, Ruby Bhogal and Rahul Mandal competed in the final, with the latter winning the show.

The Great British Bake Off continues tonight at 8pm on Channel 4.

August 8, 2019 Admin Comments Off on Sofia Richie puts on jaw-dropping display as she shows off perky bottom in Italy