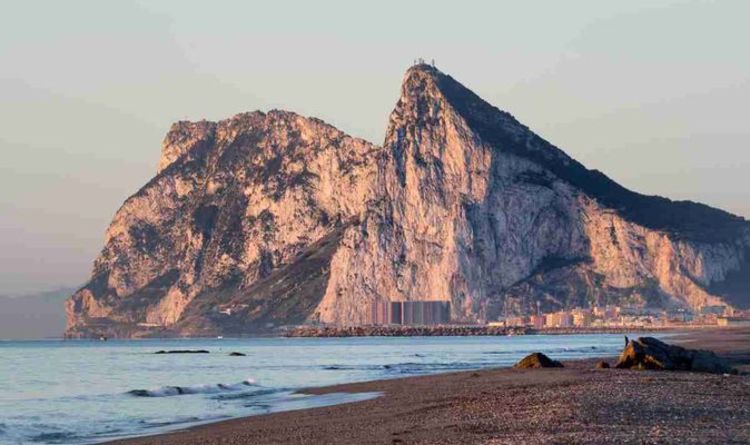 The leader of the Vox political party Santiago Abascal has demanded Spanish president Sánchez recover Gibraltar in post-Brexit negotiations with the UK. Mr Abascal said: “We must decolonise it.” Referring to the UK’s ownership of The Rock Mr Abascal said: “They occupied it and it must be decolonised.”

The far-right party argued that Mr Sánchez should start negotiations with the United Kingdom as soon as Brexit was concluded.

The territory has been in British hands since the 18th century.

The Vox party has presented to the Spanish parliament a non-law proposal for gaining back sovereignty of Gibraltar.

They said that Gibraltar is one of the “non-autonomous territories pending decolonisation”.

The party said the UK also “occupied” Gibraltar in breach of the Treaty of Utrecht of 1713.

Vox argues that the Treaty of Utrecht only grants the UK ownership of the interior of the port of Gibraltar.

The far-right party says that the passage of British nuclear submarines is taking place through Spanish waters.

The far-right group maintains that Gibraltar has been turned into “a military base”.

The group states that because of the frequency of British nuclear submarines using the territory it “puts Spaniards who live in the Campo de Gibraltar region at risk of suffering the consequences of a nuclear accident”.

Vox argues that Spain’s “territorial integrity is at stake” because of Britain’s sovereignty of Gibraltar.

The political party then asked the Spanish government to “initiate bilateral negotiations with the United Kingdom to recover Spanish sovereignty” over Gibraltar.

March 20, 2019 Admin Comments Off on Teenagers' HORROR at being left on SNAKE-INFESTED island during Thai snorkeling trip