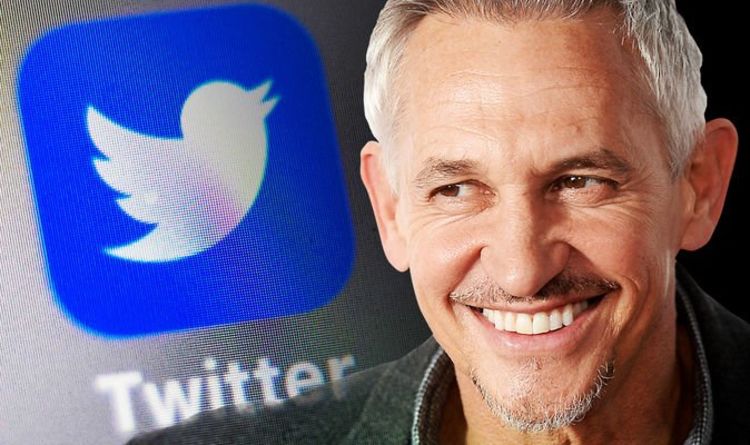 The BBC sports broadcaster was vilified for “applauding people who are blocking a democratic vote”, after a Scottish court sided with Jo Maugham QC, who had brought the case forward on behalf of Liberal Democrat leader Jo Swinson and SNP MP Joanna Cherry. They argued Prime Minister Boris Johnson was suspending Parliament for longer than normal to force through Brexit, blocking opposition MPs from properly debating and scrutinising his plans.

Although an earlier judge in the Court of Session in Edinburgh had rejected their case, an appeal in front of three judges today backed the Remainers.

Gary Lineker tweeted “Well played” with two clapping emojis as he shared the news the Remainers had won the case.

But his followers weren’t happy, with one saying: “Well played, really!! Continuing to stop democracy and further causing damage to the country is well played? We will leave so this is just damaging for no reason.”

Ms Miller will appeal to the Supreme Court on Tuesday.

Another said: “Well done on applauding people who are blocking a democratic vote.

“If this was a less respectful nation there would be riots because of this. “If this was Hong Kong for example the riots and protests would go on for weeks. Total bulls*** that Brexit is being blocked.”

Another said: “Who can honestly be bothered.. You can’t undo the 100+ seat majority that is going to bring Brexit as soon as the election takes place.  At best, you’re prolonging the inevitable. Rip off the bandaid.”

Some social media users questioned whether the case would actually have any legal standing, as the Government is set to appeal the case in London’s Supreme Court next week.

They said: “It’s a sham and they know it won’t get through Supreme Court. Using Scots civil court as a billboard campaign and you get sucked in like the rest, ridiculous.”

Another wrote: “In what way is a team of lawyers using the Scottish legal system to bring a case against the PM that they know would fail in the English courts ‘well played’? Well played would have been MPs agreeing to the election they claim they desperately want.”

However, some supported Mr Lineker, with one saying: “But all those disagreeing, didn’t they want us to take back control of our laws and rules from the EU and make our own decisions ????”

The next showdown will be on Tuesday when the Government takes its appeal to the Supreme Court.

Gina Miller’s appeal will also be held in the Supreme Court on Tuesday and a third case in Belfast’s High Court will rule on Thursday.

Robert Blackburn, a professor of constitutional law at King’s College university in London, said the cases were likely to be combined in the Supreme Court.

He said: “The Supreme Court could quash and/or declare unlawful the order.”

Nick McKerrell, a lecturer in law at Glasgow Caledonian University (GCU) said: “This was a pretty unexpected judgment from the Inner House of the Court of Session and strongly overrules the findings of Lord Doherty’s ruling last week.

“The Lord President – the top judge in Scotland – said the decision to suspend Parliament could only be reviewed if its purpose was to ‘stymie parliamentary scrutiny’. He believed this was the true reason.

“This was because of the length of time and the documents released showing the political discussions around prorogation that took place.

“The other two judges supported this. Significantly, all argued that in most normal circumstances the decision to prorogue could not be reviewed by the Courts which shows how exceptional this situation is.

“Ultimately then the court said the decision to suspend Parliament is ‘null and is of no effect’.

July 11, 2019 Admin Comments Off on Gino D’Acampo wades in on Phillip Schofield and Amanda Holden ‘feud’: ‘He’s a real joy’

Louise Minchin: ‘Thanks for the support’ BBC Breakfast presenter opens up on new challenge

July 29, 2019 Admin Comments Off on Louise Minchin: ‘Thanks for the support’ BBC Breakfast presenter opens up on new challenge