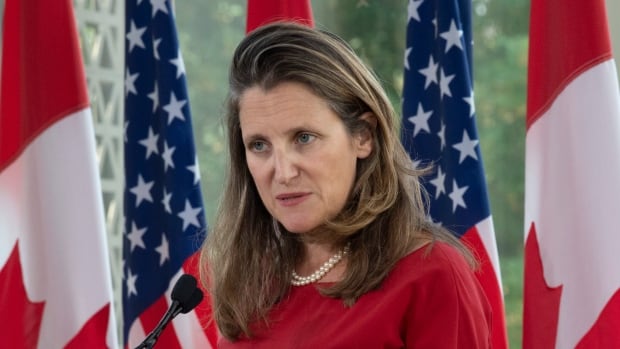 Foreign Affairs Minister Chrystia Freeland will head to Cuba next week for talks with her counterpart there on the situation in Venezuela.

Freeland made the announcement following a meeting today with U.S. Secretary of State Mike Pompeo, where the deepening political and economic crisis in the South American country was on the agenda.

Freeland said while sanctions are part of the pressure being applied to force Nicolas Maduro out of the country’s presidency, all avenues for peace must be explored.

The Trump administration confirmed this week it has been holding talks with Maduro’s regime to find a way out of the situation.

Pompeo said that did not mark a shift in U.S. strategy and that there is no chance for fair and free elections there if Maduro remains.

The democratic deadlock in the country has further crippled its economy and sent millions of Venezuelans fleeing into nearby countries.