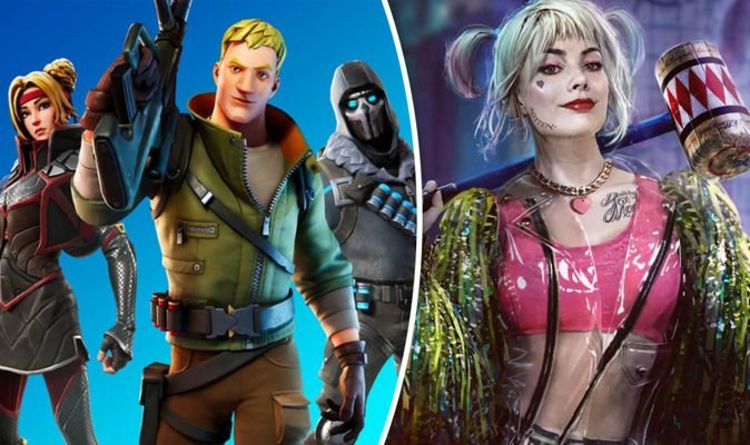 UPDATE 3: Fortnite update 11.50 patch notes have been revealed in full by Epic Games.

With downtime at an end, the patch notes have finally dropped for the big 11.50 update. Express Online has replaced the early patch notes with the full patch notes further down the page.

Captured by Lucas7Yoshi, the Harley Quinn Fortnite skin will be available to purchase from the item shop. As you can see from the image below, it also features upgrade quests.

New information has also been revealed about the season-ending Valentine’s event, titled Love and War.

The limited-time Love and War event will come with its own set of challenges and rewards, which can be seen in full through this link.

UPDATE: Fortnite servers have been taken offline for maintenance, as update 11.50 hits the game.

The news was confirmed by Epic Games on Twitter: “Downtime for v11.50 has begun.”

ORIGINAL: Fortnite update 11.50 is about to be released by Epic Games, but only after a period of server downtime.

Likely the final patch of Chapter 2, Season 1, Epic Games has announced plans to unleash update 11.50 on the morning of February 5.

PS4, Xbox One, PC, Nintendo Switch, iOS and Android fans will be able to download the update from 9am UK time.

The servers will be taken down in time for the update, as Epic performs offline maintenance.

The news was announced by Epic Games on Twitter: “v11.50 launches tomorrow. Downtime for the patch begins at 4 AM ET (0900 UTC). Stay tuned for updates when downtime ends.”

According to the early patch notes, Fortnite update 11.50 will introduce a brand new physics system.

“Beginning with the release of the 11.50 update in early February, Fortnite will be moving to Unreal Engine’s Chaos physics system,” Epic explains.

“At launch, the goal is to ensure that Fortnite still feels like Fortnite. Along the way there will be some bumps, so we’re starting tests with a small group of players. We’ll also closely monitor feedback and make improvements over time.”

Epic has also announced plans to launch a big season ending event, which is rumoured to centre around the imminent Birds of Prey movie.

You can check out the update 11.50 patch notes below…

• In non-competitive playlists, the Launch Pad has been unvaulted.

– At launch, our goal is to ensure that Fortnite still feels like what you would expect. We’ll be closely monitoring your feedback from the in-game Feedback tool for any issues you may be experiencing.

– To report issues via the in-game Feedback tool, select Feedback in the main menu and choose Bug. We encourage you to put “Physics” in the subject line and include a concise message in the body that accurately describes the issue(s) you’re experiencing.

August 25, 2019 Admin Comments Off on GTA 6 release update is bad news for PS4 and Xbox One Grand Theft Auto fans