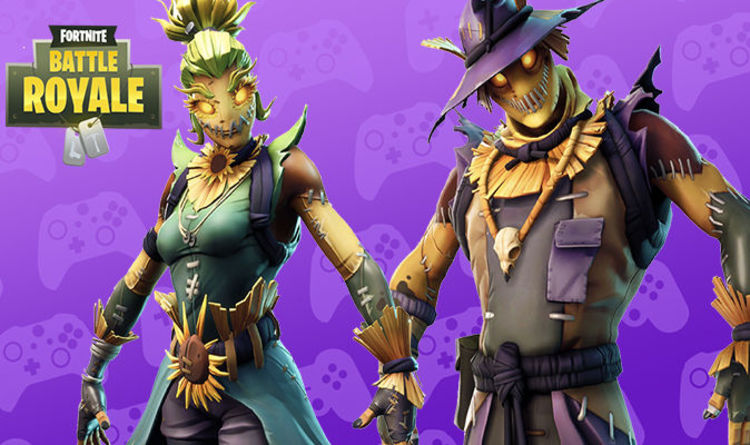 Fortnite Battle Royale update 6.01 has gone live, which means leaked skins have been discovered by dataminers.

The leaked Fortnite skins and items tie in to the Darkness Rises theme of the new season.

Perfect for Halloween, the new skins include male and female scarecrows named Straw Ops (female) and Hay Man (male). You can see the the two scarecrow skins at the top of the page.

Epic is yet to announce an official release date for the skins, but you can expect them to go live on the weekend.

Other leaked items include the Dark Glyph and Field Wraith gliders, as well as the Hay Nest and Birdhovel backbling.

Fans will also be able to purchase the Thunder Crash and Harvester harvesting tools.

The items, which you can see below, were discovered on the excellent Fortnite: Battle Royale Leaks Twiiter page. There’s also a new emote coming to the game.

Fortnite update 6.01 can be downloaded on PS4, Xbox One, PC, Nintendo Switch, iOS and Android.

The latest Battle Royale update was accompanied by server downtime and a lengthy list of patch notes.

According to the Battle Royale patch notes, the update introduces the Chiller trap.

This is described as a common trap that can be placed on floors, walls and ceilings.

The Chiller trap applies icy feet to teammates and enemies, causing them to slide around with low friction.

Nintendo Switch gets improved motion controls, while the Fancy Tomato hitbox has been increased.

That’s on top of the usual bug fixes and gameplay improvements that launch with every new update.