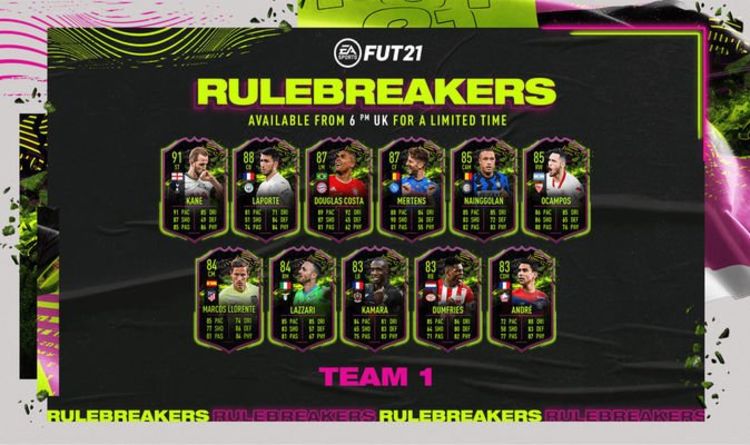 UPDATE: A new message from EA support services and the EA Sports development team has provided the latest news on tonight’s FIFA 21, and EA Server outage.

The following is from EA Help and confirms that the problem causing the current outage has been found and should be sorted in the coming hours.

“Hey guys, we’re aware of some connectivity issues, and we’re looking into it now. We’ll keep you updated.

Followed by this message, which adds: “I wanted to give you all an update: We’ve identified the source of the issue, and we’re actively working on a resolution. Thank you so much for your patience!”

A message from the FIFA 21 team adds: “We have temporarily disabled match creation in all active FIFA titles while we investigate reports of connectivity issues. We’ll provide an update in this thread when one becomes available.”

ORIGINAL: FIFA 21 servers have come under strain tonight as EA launched its latest event for its popular Ultimate Team mode. As confirmed earlier today by EA Sports, a new range of cards are now available to unlock in FUT 21. Rulebreakers makes it possible to play with familiar lineups that boast remixed stats, although there is only a few available right now.

More Rule Breakers will be released throughout 2020, with the squad now live in FIFA 21 across PS4, Xbox One and PC.

The launch of the new Rule Breakers might be why some gamers are having trouble accessing core game services tonight.

A surge in interest can always cause server strain, leaving some gamers unable to get online.

And with FUT a multiplayer service, there could be further disruption tonight for gamers.

More about the new Rule Breakers can be found below: “Some rules are meant to be broken. Meet a group of players who defy the status quo by tearing up the pitch with unique permanent upgrades. Introducing The FUT 21 Rulebreakers.

“Rulebreakers players will be available in FUT over the course of the campaign, with the first group released on Friday 23rd October.

“Rulebreakers leave behind their previous styles of play and transform into different kinds of stars with game-changing stat updates.

“Now you can play in new ways with some of your old favourites, creating variety in squad building like never before.

“Keep your eyes peeled for additional FUT 21 Rulebreakers to be made available through upcoming Squad Building Challenges and Objectives.

“In addition, for the first time, by completing select Objectives during a limited-time Live FUT Friendly event, you’ll be able to obtain an exclusive Rulebreakers player reward.