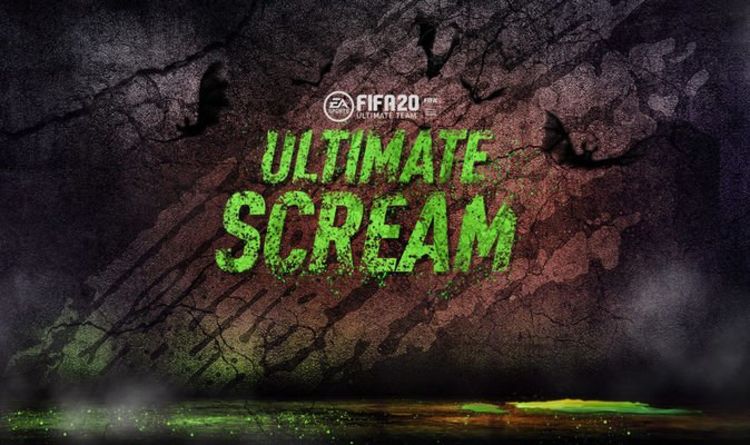 FIFA 20 on all platforms will see the launch of its first major in-game event with the launch of FUT Ultimate Scream later this week.

EA Sports has shared their first teaser for the release of the new Scream Cards, albeit without revealing much else.

It includes some official artwork for the event and the caption: “Ultimate Scream will rise again…”

This doesn’t confirm when the Halloween FIFA 20 event will start but we do have some good ideas on when this might happen.

Having seen the first Ultimate Scream hint released by EA Sports, it seems we might be on the eve of its FIFA 20 release.

Past launches suggest that the FIFA 20 Ultimate Scream release date is being planned for Friday, October 18.

EA Sports hasn’t confirmed this yet but it would make sense based on how the dev team like to support their FIFA games post-launch.

They have also stayed pretty loyal to a set start time for their Halloween celebrations. So we would expect FIFA 20 Ultimate Scream 2019 to start at 6pm, BST, in the UK and 10am PST in the United States.

EA Sports could share more on their plans in the coming hours, although there is also a good chance that they will keep fans waiting to build the hype.

Like past events, fans are expecting special card packs to be released this year that can be collected for a limited amount of time.

The cards will boast modest stat boosts for most of October, until the days before Halloween 2019.

This is when the big stat boosts will activate and turn select players into “beasts” which can dominate the field.

After that, these changes will occur throughout the year at different times.

There will probably be around 21 chosen players to be included in Ultimate Scream, although the rules could change for the 2019 release.

Gamers will be able to trade the Ultimate Scream players that they find in packs, and they can also potentially acquire them from the Transfer Market.

“Ultimate Scream is back in FIFA 19 Ultimate Team, and a squad of 21 shapeshifting beasts has been let loose in FUT. These beasts have been released in the form of special player items that will have a boost throughout the FUT season to two of their six stat categories.

“These Ultimate Scream players are unlike any other in FIFA 19 Ultimate Team; not only will each player has two of their six attributes boosted at all times, but the stats that get boosted will change throughout the season.

“When these boosts will occur, how often they occur, and which two of the six attributes are shifted each time is a complete mystery.

“Ultimate Scream players will have a unique item shell and a +1 to their overall rating. But this year, each player will always have two attributes boosted to a minimum of 90.”

FIFA 20 is available to play on PS4, Xbox, PC and a version made exclusively for Nintendo Switch.

May 22, 2020 Admin Comments Off on PS Plus June 2020 free PS4 games warning: DON’T re-subscribe to PlayStation Plus today