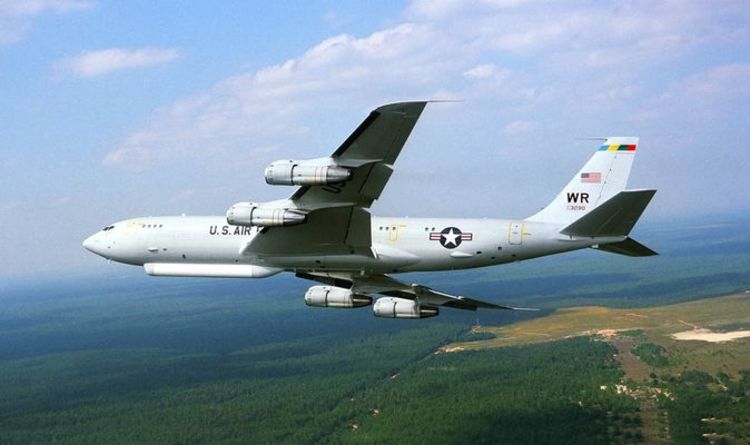 This month the China-based South China Sea Strategic Situation Probing Initiative (SCSPI), claimed the US had flown at least 60 missions to spy on China in September alone. In August the organisation said the US had doubled such surveillance flights over the prior few months.

It added September’s figures were likely a low estimate since many planes were observed to be disguising themselves or hiding from trackers.

Alexander Huang, strategic studies professor at Tamkang University in Taiwan, said the missions would allow the US to observe the activity of Beijing’s submarines and also “familiarize” itself with the sea, Voice of America reports.

He added the US would likely be particularly interested in the Luzon Strait region.

China’s Foreign Ministry spokesman Wang Wenbin said disguising planes in such a way is an “old trick of the US military”.

He added the moves “severely violated international aviation rules” in a press briefing that same month.

Recently, the US also concluded out an arms deal with Taiwan – an island nation in the South China Sea region which has a tense relationship with China due to sovereignty disagreements.

The weapons package, said to be worth $ 1.8 billion, included missiles and rocket launchers.

Taiwan’s Defence Minister Yen De-fa welcomed the move, adding Taiwan would continue to “consolidate our security partnership” with the US.

The minister denied Taiwan would be engaging in “an arms race with the Chinese Communists”.

Instead, he claimed the nation would “put forward requirements and build fully in accordance with the strategic concept of heavy deterrence, defending our position and defensive needs.”

He added: “China will make a legitimate and necessary response according to how the situation develops”.

US national security adviser Robert O’Brien this month advised Taiwan to “fortify itself” against China.