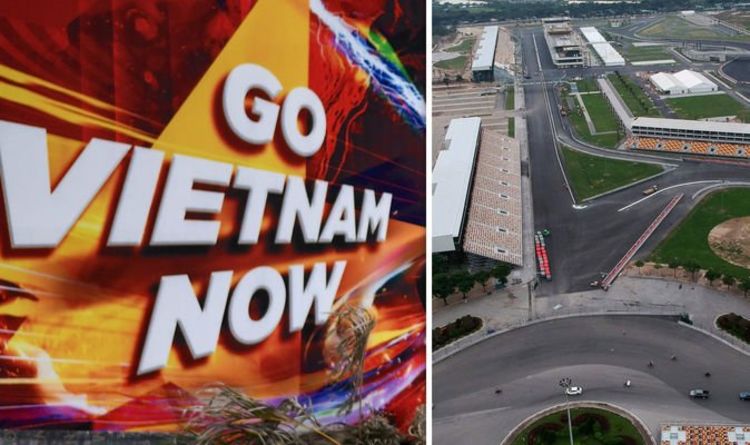 The Vietnam Grand Prix is set to be postponed due to the coronavirus – throwing the start of the new season into chaos. F1 have already lost the Chinese Grand Prix, which had been scheduled for April 19, and Vietnam, April 5, is set to be axed as well as fears growing over the pandemic.

The F1 season begins this Sunday in Australia but the sporting world is in crisis as the outbreak continues to spread.

F1 insist the race this weekend will go ahead while the Bahrain race – the week after – is to be run without spectators.

However it now looks like the third and fourth races will both be off meaning a gap from March 22 until May 3 for the Dutch Grand Prix.

A meeting today between the F1 chief exec and the Hanoi City’s authorities is believed to have decided the race will not take place.

Chase Carey was spotted in Hanoi meeting with Hanoi officials.

F1 bosses are desperately trying to figure out what to do with the Vietnam and Chinese races but the virus has today been upgraded to a pandemic by the World Health Organisation.

“We have therefore made the assessment that #COVID19 can be characterized as a pandemic.

Coronavirus in sport LIVE: Latest cancellations in the world of sport

“Pandemic is not a word to use lightly or carelessly. It is a word that, if misused, can cause unreasonable fear, or unjustified acceptance that the fight is over, leading to unnecessary suffering and death.”

Elsewhere sporting events are being cancelled, with the Premier League match between Arsenal and Manchester City off after Arsenal players came into contact with Olympiakos owner Evangelos Marinakis, who confirmed on Tuesday that he has the virus.

Two Europa League games have been postponed while others are being played behind closed doors.

Tennis’ Fed Cup has followed Indian Wells in being cancelled while there is ongoing dialogue regarding the Olympics and various other events including Euro 2020.

The coronavirus has now taken six people’s lives in Britain while there are 460 known cases following a huge rise over the last 24 hours.

Italy is the worst-affected country in Europe with over 600 deaths so far and the country is on lockdown.

The build up to the start of the F1 season is facing more problems with One member of the McLaren team and two of Haas’ personnel have been tested and are now awaiting the results of those examinations.

The trio have been self-isolated in their respective hotels as a precaution and they may face up to five days of waiting before receiving their results.

The McLaren team member reported symptoms associated with coronavirus in the Albert Park paddock on Wednesday.

They were tested at the circuit’s medical centre before being transferred to their team’s hotel in downtown Melbourne.

Man Utd vs Club Brugge postponed? Will snow force Europa League fixture to be called off?

February 27, 2020 Admin Comments Off on Man Utd vs Club Brugge postponed? Will snow force Europa League fixture to be called off?

October 21, 2018 Admin Comments Off on Chelsea are being HELPED by Liverpool and Manchester City – Sky Sports pundit