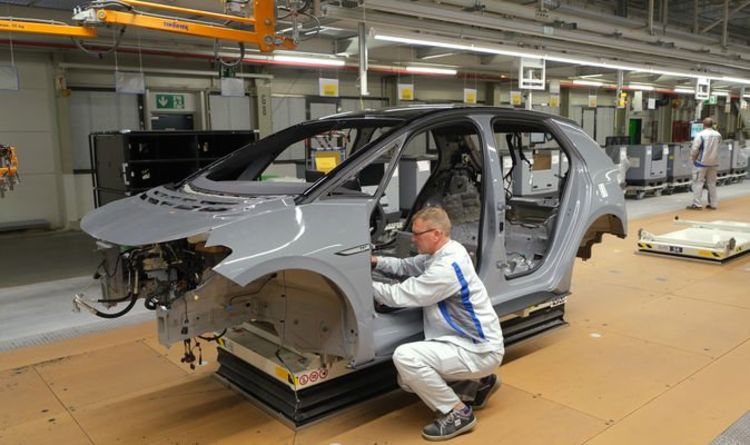 Factory output fell by 4.1 percent in the final month of the year compared with the same month a year earlier, according to figures published by Eurostat on Wednesday. Germany was among the states which suffered the most, as production dropped by 7.2 percent. Italy was close behind on a 4.3 percent decrease while France was down 3.2 percent.

The data released by the EU’s statistical office comes as economists revised down their predictions for eurozone economic growth in the current quarter.

Jessica Hinds at Capital Economics forecast the eurozone recession to continue in the coming months.

She warned the coronavirus outbreak which has killed more than 1,350 people coulee exacerbate Europe’s industry problems.

Factories in the Chinese city of Wuhan, the epicentre of the deadly sickness, have been put on lockdown.

This has caused a halt in much-needed supplies pouring into Europe.

The economist said: “There have been some tentative signs of improvement in the business surveys.

“But they are still consistent with production falling by around 2-3 percent year on year.

Overall industrial output across the currency area in December was down 2.1 percent compared with the previous month.

The production of capital goods took the sharpest dive, down 6.7 percent year-on-year in December.

He wanted the outbreak could cause a “pretty significant short-term hit on the economy”.

He said the Bank was “keeping a very close eye” on the evolving situation.

His comments come as the death toll experienced a sharp increase on Wednesday.

A total of 242 deaths were recorded in the Chinese province of Hubei.

Two top officials in the virus-ridden province were sacked for their handling of the crisis.