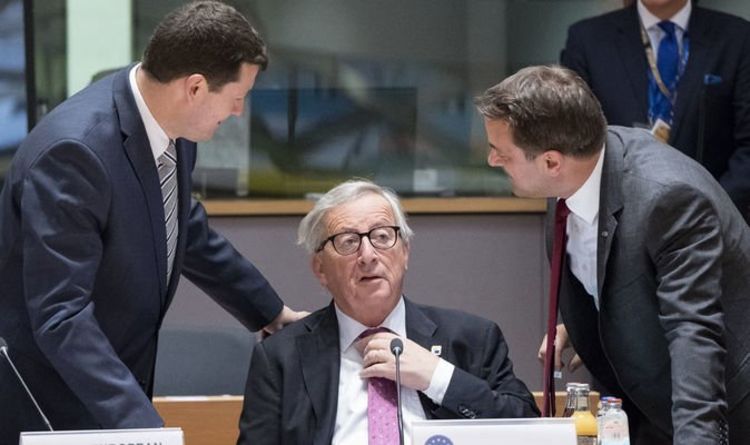 In its annual assessment, the EU’s budgetary watchdog estimated eurocrats squandered 2.6 percent of the bloc’s entire budget. Last year spending for the Brussels project totalled €156.7 billion, which was pumped into the coffers by European taxpayers. More than 70 percent of the irregularities discovered by auditors emerged from spending in the bloc’s poorer countries – who receive more than they put into the budget.

Around €1.2billion of financial irregularities were in discovered in projects aimed at “reducing development disparities between different member states and regions of the EU”, according to the report.

Most of these funds were dished out as part of the EU’s €54.5billion economic, social and territorial cohesion war chest.

Out of the 220 transitions filed last year, 36 “quantified errors” were found to have gone undetected by senior officials and auditors in the member states.

“Member states auditors need to get better at doing their checks,” said one EU official.

Sixty other errors were detected domestically before the EU-wide watchdog’s final investigation into the bloc’s spending.

The irregularities amounted to around five percent of total spending in the area, according to the Court of Auditors.

It could not provide more precise figures because its finders were based on sample checks and statistical estimates.

Last year Olaf, the EU’s anti-fraud office, recommended that €371 million should be recovered because of criminal abuses.

He insisted the irregularities were not a big cause for concern as they represent a small amount of the budget and were mostly a result of complex payment rules.

“We conclude that the EU accounts present a true and fair view of the EU’s financial position,” he added.

Brexit MEP Michael Heaver, who is a member of the EU Parliament’s budget committee, said: “While you may celebrate that the EU’s 2018 budget has received a qualified opinion, any business that received such an opinion would be of grave concern.

“Upon closer inspection of the 340-page report, which we only received 24 hours ago, I have deep reservations about the quality and depth of the audit. There are a number of areas of EU spending that you have either failed to audit, or failed to express an opinion on.

“For example, the budget heading ‘Global Europe’– where 9.5 billion euros of taxpayer’s money was spent in over 150 countries around the world, you didn’t audit enough to even offer an opinion.

“Again, you state that you are unable to audit the public finances of partner countries. This means that the ECA is unable to provide an opinion on the EU’s €885 million overseas aid for non-EU countries.

“And finally I am concerned about the politicisation of the Court. More and more politicians are being appointed as auditors which makes me question its independence.”

July 15, 2019 Admin Comments Off on Iran attacks Iraq in warning shot to world ‘this is a red line’

‘So much for unity!’ George Galloway ridicules EU as Brussels reaches ‘breaking point’

April 10, 2020 Admin Comments Off on ‘So much for unity!’ George Galloway ridicules EU as Brussels reaches ‘breaking point’