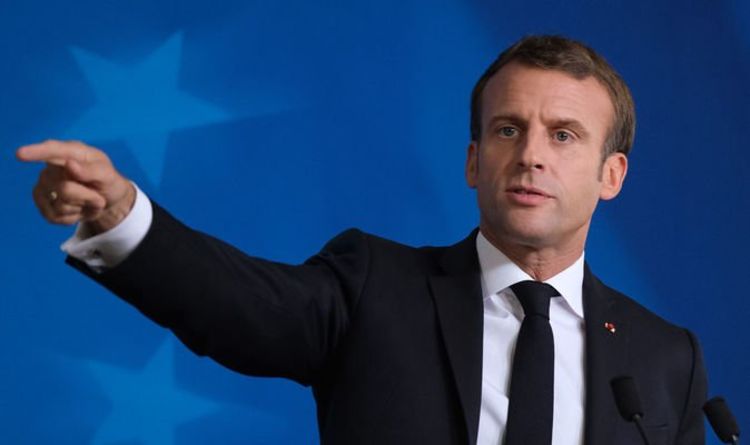 Florian Bieber, Director of the Centre for Southeast European Studies at the University of Graz in Austria, said France’s reluctance to move forward with accession talks meant EU member countries “don’t trust the Commission’s work”. He agreed with Macron that the “unpredictable and convoluted” process was “broken”, calling the European Commission “timid”.

EU chiefs have been pushing to accept North Macedonia and Albania, claiming that the two countries have done “what we asked them to do.”

The French President was the only EU leader to oppose North Macedonia’s entry into the bloc.

However, France was backed by Denmark and Holland in its resistance to giving Albania’s bid the green light, citing a need to tackle rampant corruption and organised crime there.

Its decision has angered North Macedonia Prime Minister Zoran Zeav who claimed the country was “the victim of the EU’s historical mistake”.

Mr Bieber argued that France’s reluctance to move forward with accession talks reveals a “crisis” of Europe and that the current gridlock should serve as a “wake-up call” that the EU should no longer pursue expansion.

“The EU needs to develop a new foreign policy in the region that does not focus solely on the membership process at the cost of good diplomacy,” he wrote.

He concluded that countries in the region that are hoping to join the EU must learn a “painful” lesson.

“Now the message from Brussels is clear: You are on your own.”

Macron’s refusal to expand the EU into the Western Balkans has frustrated other EU leaders.

Jean-Claude Juncker, the outgoing president of the European Commission, said France’s decision was a “historic error”.

It has also been condemned by German chancellor Angela Merkel, at a time when the French-German relationship is already under strain.

Brexit has seen their divisions grow deeper with Mrs Merkel constantly open to granting the UK more extensions, while Mr Macron has been denying them.

October 15, 2020 Admin Comments Off on Fears of ANOTHER global pandemic as hoard of new African swine fever cases sweep Europe