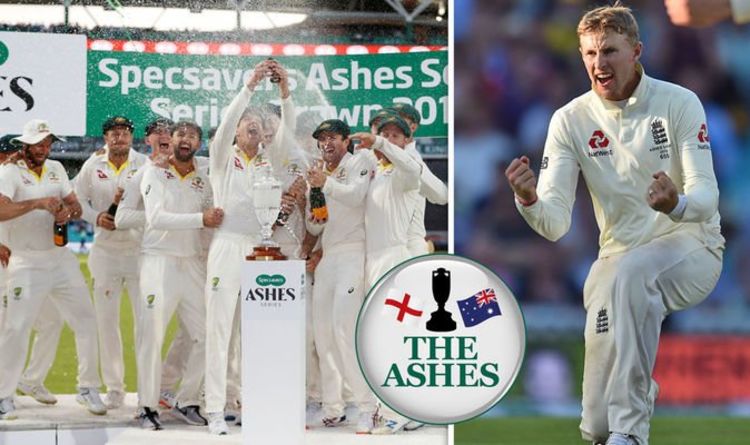 England beat Australia by 135 runs at the Oval as they won the final Ashes Test of the summer.

Australia had already retained the yrn ahead of the trip to south-west London having taken a 2-1 lead.

But England were keen to ensure Australia did not win their first series on these shores since 2001.

Joe Denly’s 94 set things up as the Three Lions set Australia 399 to win the series outright.

But four wickets each from Stuart Broad and Jack Leach, as well as two for captain Joe Root, helped dismiss Australia for 263 despite Matthew Wade’s brilliant century.

It’s the first drawn Ashes series for 47 years but for England captain Root, the regrets of some poor cricket this summer were aplenty.

Root said: “It is Ashes cricket. Every game you turn up you are playing for your country. It means so much to everyone.

“You can see at different periods someone wrestled it back into our favour.

“For the first time in this series we felt in front of the game all of the way through. We have to get used to it more and more.”

Steve Smith was unsurprisingly named man of the series, despite a disappointing match by his standards.

He was dismissed for 23 in the second innings though finished with 774 runs for the series.

Smith said: “It meant a lot it has been an amazing couple of months of cricket here in England.

“The cricket has been spectacular, there has been some terrific circlet been played.

“I have loved every minute and I have been really proud to have contributed and help bring the urn home.

“I saw [Jofra] Archer last year in the IPL and saw straight away that he is a pretty raw talent, it is not all that often that you get a bowler that tall that can bowl at 90mph consistently and he has come into Test cricket and performance exceptionally well straight away and that doesn’t surprise me.

“Of course you always want to get better and I will continue to try and get better. You have to keep working and try and win the game for the team.”

But England all-rounder Ben Stokes, who was named player of the series for his country, admitted there was some regrets from earlier in the series.

He said: “It was disappointing for us to know in Manchester that we couldn’t get the Ashes back but we turned up here this week knowing that we still had a huge amount of prize and that there were World Test Championship points to play for.

“We’ve drawn this series, which was the goal at the start of the game.

“I don’t think you can ever look back and say ‘what if’. It has been a great series of cricket, to be honest.

“It has ebbed and flowed. I think 2-2 is a fair result; it has been two very evenly-matched teams.”