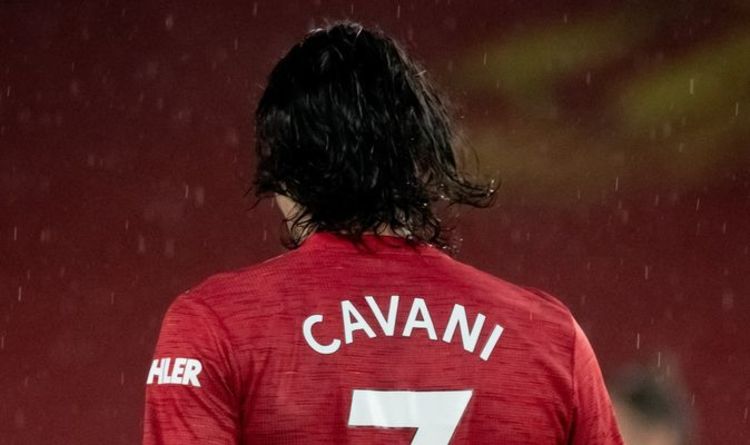 Speaking earlier in the season, Newcastle legend Alan Shearer said: “They had Rashford and Greenwood there. They may well end up being centre forwards but [Cavani] is exactly what they lacked … a proper number nine.”

Ahead of the clash with Sheffield United, Solskjaer was full of praise for Cavani, saying: “What does he bring? How long have we got? What he brings is when a striker of that age runs almost 12km [per game]… he chases down every time the centre-back has got the ball, every time the goalkeeper has the ball, tackles on centre-midfielders.

“His reaction, his work rate and his habits and his threat in the box and the humility of coming in every single day to do your best. We could go on and on and on but his experience and attitude of course. It’s given us a lesson, every single one of us.”

Without him in the starting line-up, United were missing that work rate, experience and threat in the box and the loss means they have failed to meet the gauntlet thrown down by neighbours Manchester City, who leapfrogged them into top spot with a 5-0 demolition of West Brom on Tuesday.

July 31, 2019 Admin Comments Off on Man Utd agree Paulo Dybala swap deal with Juventus but transfer hinges on one thing