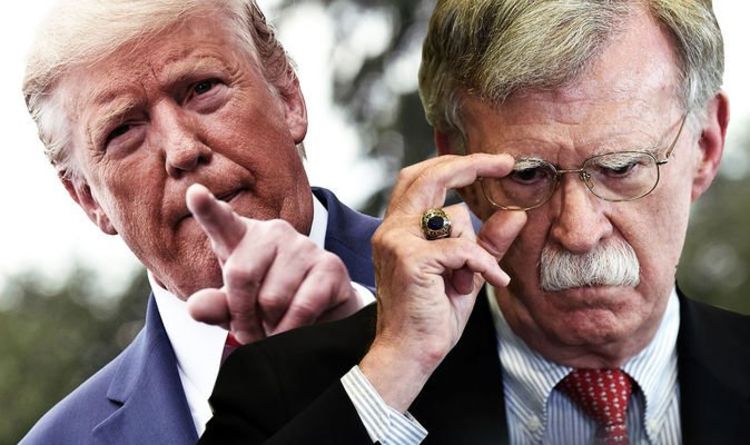 The US President tweeted: “I informed John Bolton last night that his services are no longer needed at the White House.

“I disagreed strongly with many of his suggestions, as did others in the Administration, and therefore I asked John for his resignation, which was given to me this morning.

“I thank John very much for his service.

“I will be naming a new National Security Adviser next week.”

The firing comes after reports emerged suggesting Mr Bolton was at odds with Mr Trump’s plan to hold peace talks with the Taliban.

When asked if the Taliban issue was the issue which caused the relationship between Mr Bolton and the Republican president to sour, White House press secretary Stephanie Grisham said: “No – it was many, many issues.”

Mr Bolton told the Washington Post he was not sacked, but rather resigned.

He said: “Let’s be clear, I resigned, having offered to do so last night.”

He added: “I will have my say in due course. But I have given you the facts on the resignation. My sole concern is US national security.”

Republican senator Rand Paul said the world was a safer place without Mr Bolton advising the president on security issues.

Mr Paul said: “The chances of war worldwide go greatly down… he has a naive view that believes we should recreate the world in our own image by toppling countries by violent overthrow and somehow democracy will prevail.”

Meanwhile Mitt Romney, a fierce critic of Mr Trump, expressed his disappointment at the sacking.

The Republican senator for Utah and former GOP nominee said: “The loss of John Bolton as a senior leader in foreign policy is an extraordinary loss for our nation and for the White House.”

According to CNN, the president and Mr Bolton were heard arguing last night about Mr Trump’s planned peace talks with the Taliban.

CNN said: “John Bolton and President Trump got into a bitter argument last night over the president’s plan to host Taliban leaders at Camp David, two people tell me. It’s unclear if it was on the phone or in person.

This is a breaking news story and is being updated.

South China Sea fury: Secretive Beijing in new drone tests – but won’t reveal why or where

November 10, 2019 Admin Comments Off on South China Sea fury: Secretive Beijing in new drone tests – but won’t reveal why or where