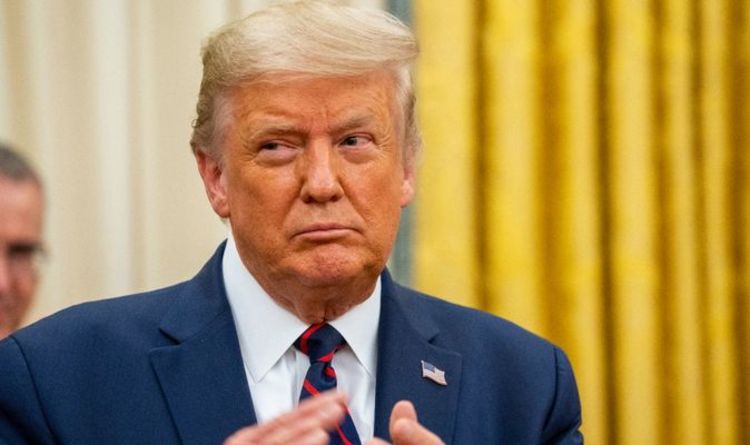 The new twist in a bitter election campaign follows the death of 87- year-old Supreme Court Justice Ruth Bader Ginsburg, of pancreatic cancer. Justice Ginsburg was only the second woman to be appointed to the Supreme Court, and served for 27 years. She became an icon to the left for her progressive agenda on divisive social issues such as  equal rights for women, abortion and same sex-sex marriages, but was also revered by the right.

Yesterday tributes flowed from across the political spectrum, with every living former US President joined  by other politicians and celebrities to praise her work and dedication to justice.

Presidential candidate Joe Biden said “she stood for all of us” while President Trump called her “a titan of the law …renowned for her brilliant mind and powerful dissents  who demonstrated one can disagree without being disagreeable.”

The Duchess of Sussex praised her “incomparable and indelible legacy” adding: “She has been a true inspiration to me since I was a girl. Honour her, remember her, act for her.”

But Justice Ginsburg’s death, just six weeks before American voters take to the polls, has caused a political storm, with Democrats calling for her replacement to wait until after the election.

READ MORE: Ruth Bader Ginsburg: Why is RBG so important to the US Senate?

The stakes are high, with Supreme Court Justices serving for life and a new Trump appointee inexorably changing the balance of the US’ most senior court to six Republicans and just three Democrats.

“Supreme Court justices are important because, unlike what the founding fathers intended, they’ve become judge activists.  These courts have come to settle disputes over abortion and immigration which should be settled by legislation,” said Dr Ted Malloch, a friend and former advisor to Trump.

Before dying Ginsburg had made it known that she wanted her replacement chosen after the election.

“In this case, the Senate is still Republican- controlled but so is the president. If they all vote with him, his nominee gets through.”

High on the list is appeal court judge and mother-of-seven Amy Coney Barrett. The former law professor, who is only 48 and clerked for Scalia, is known for her religious faith.

Malloch added: “While death is always sad, Trump now has an opportunity to speak to his political base.

“If he’s is wise, and he is, he will appoint Barrett. She’s relatively young, a woman, and a mother-of-seven.

“By making the right choice he can turn out 30-40 million hard core voters and at the same time change American history and culture, ensuring a legacy of right wing values  for the next three or four decades.”

New York coronavirus crisis: US state on brink as it must urgently find 15,000 ventilators

March 25, 2020 Admin Comments Off on New York coronavirus crisis: US state on brink as it must urgently find 15,000 ventilators