Doctors Without Borders has temporarily suspended its operations at the epicentre of the Ebola crisis in Congo, after intruders attacked a treatment centre run by the group for the second time in four days, leaving four Ebola patients missing.

The decision was made after unknown assailants burned tents and other equipment Wednesday at the treatment centre in the eastern city of Butembo. Assailants had also set fire Sunday to another eastern Congo clinic that Doctors Without Borders operates in Katwa, killing one person and injuring another.

Treatment centres in both communities were affected.

"In light of these two violent incidents, we have no choice but to suspend our activities until further notice," said Hugues Robert, the group's emergency desk manager. "As medical responders, it is very painful to have to leave behind patients, their families and other members of the community at such a critical time in the Ebola response." 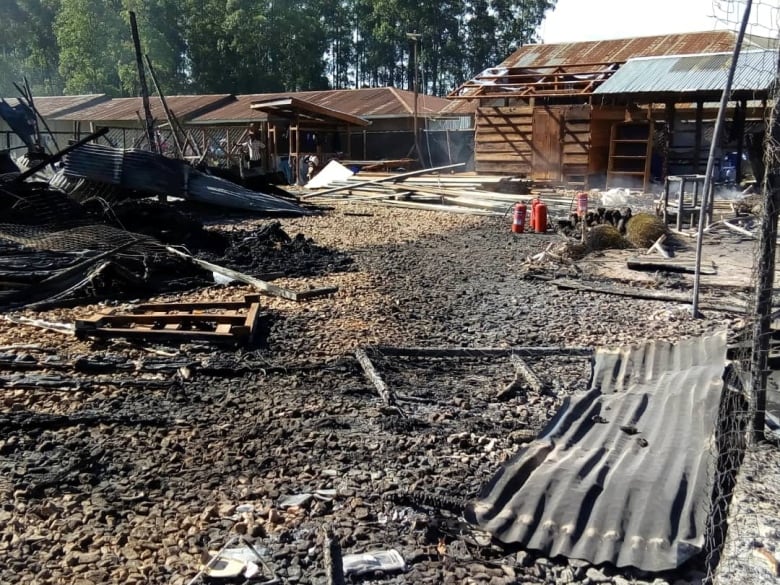 The latest violence has intensified fears that communities will continue to resist efforts to halt the country's 10th Ebola outbreak. Health workers in eastern Congo have struggled to win the trust of residents amid attacks by armed groups vying for control of the mineral-rich region.

Congo's Health Ministry said 32 of the 38 people being treated for suspected cases of Ebola fled during Wednesday's attack, while eight of the 12 patients with confirmed cases remained in bed. Patients who have been located since the violence were transferred temporarily to another treatment centre.

Authorities are searching for the four missing patients confirmed to have Ebola, who are highly infectious, the ministry said. 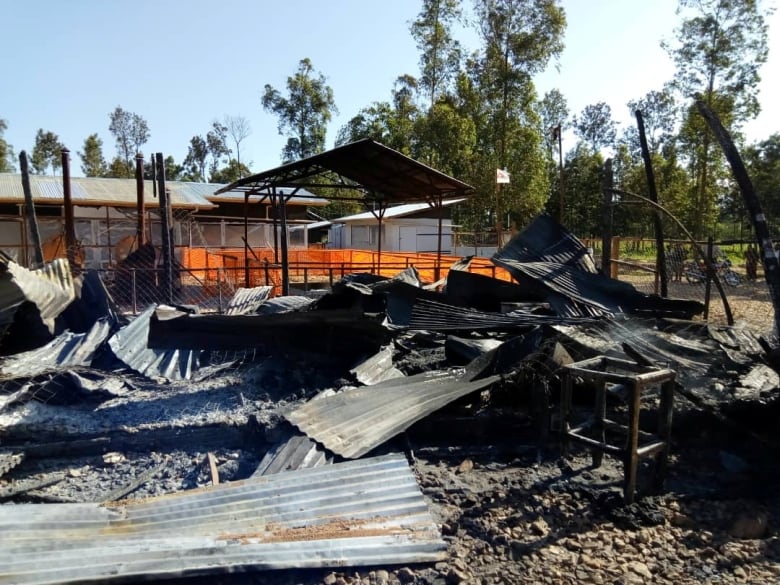 Four patients confirmed to have Ebola are missing following Wednesday's attack. They are highly infectious, according to the health ministry. (Laurie Bonnaud/MSF/Reuters)

The humanitarian organization Mercy Corps has personnel in Congo's North Kivu working on infection prevention and control. The group's Congo director, Jean-Philippe Marcoux, called the recent clinic attacks "abhorrent," but said he thinks "it would be too easy to blame them on insecurity and violent groups within communities."

"Building community acceptance and securing trust has not been given the same weight as treatment, and we are continuing to see the consequences: suspicion abounds and case numbers rise," he said.

The Ebola outbreak declared in August is the second-largest in terms of cases and deaths, behind the one in West Africa that killed more than 11,300 people during 2014-2016.

Since the outbreak was declared in Congo's North Kivu province in August, there have been 879 cases, of which 814 are confirmed, along with 488 confirmed Ebola deaths.

The World Health Organization said in an update issued Thursday there was a "high proportion" of people with Ebola dying in the community, suggesting those with the lethal disease were avoiding health clinics. The UN health agency also acknowledged that only a small number of new cases were previously known to authorities, meaning officials are unable to track where Ebola is spreading.

Ebola outbreak could spiral out of control as health workers deal with armed insurgents, hostile locals

October 12, 2018 Admin Comments Off on Ebola outbreak could spiral out of control as health workers deal with armed insurgents, hostile locals