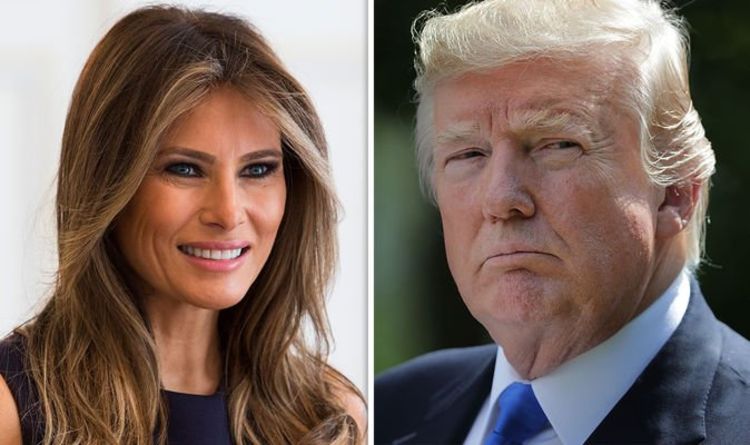 Mar-a-Lago is the President’s private members club in Florida. The President and First Lady frequently spend weekends at the resort. However the claims of a fallout between the husband and wife have been denied by Melania’s spokeswomen.

Speaking to People.com an alleged eyewitness claimed to have witnessed the events.

They said: “Melania was upset and they had words with each other over something.”

However a spokeswoman for Melania, Stephanie Grisham, described the report as “completely false” to People.com.

She added: “I’d encourage the anonymous source to say such things on the record.”

Donald’s daughter, Ivanka, and her husband Jared Kushner were reportedly also dining at the venue, though at a different table.

On that day the President played golf for much of the afternoon, before addressing a Republican fundraiser later in the evening.

Donald and Melania have a 13-year-old son, Barron Trump, who often joins them at Mar-a-Lago.

During an interview last year Melania insisted she is not unduly troubled by rumours about her husband.

Speaking to ABC News she said: “I’m a mother and a first lady and I have much more important things to think about and to do.

United Airlines EMERGENCY: Flight from Amsterdam to Houston in mid-air alert over UK

November 24, 2018 Admin Comments Off on United Airlines EMERGENCY: Flight from Amsterdam to Houston in mid-air alert over UK