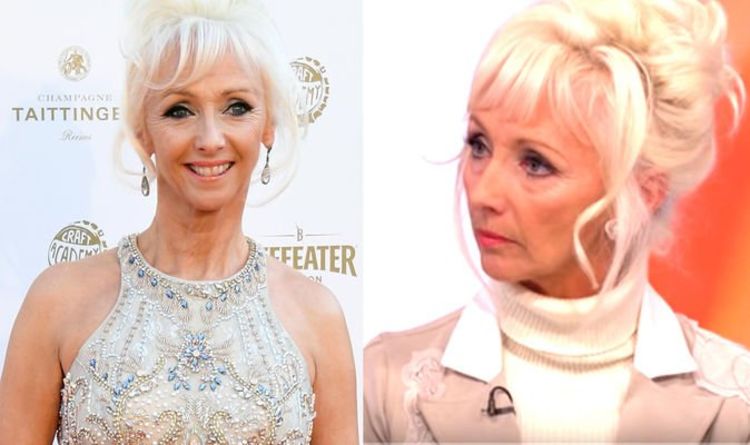 While Debbie McGee, 61, the wife of the late Paul Daniels, took to the airwaves to admit to her diva ways, the former dancer told one of her co-stars to “get back into your little hole”. The BBC radio presenter told Julian Perkins why she’s picky when it comes to her cups of tea.

After her return from the Caribbean, Debbie chatted away to Julian about the current crisis of the coronavirus pandemic and revealed that everyone knows what “a diva” she is.

The presenter announced to her listeners while carrying on with the show: “I’ve got a cup of tea.”

She then explained: “Rob the tea-maker, he did other things at Radio Berkshire but always made me a cup of tea as soon as I came in, has now left.”

Gutted at the fact her tea-making colleague had now departed, Debbie added: “So Iona said, I suppose, I have to make you tea, and I said yes!”

As they continued to joke, the broadcaster then sarcastically thanked the host with: “Yes thank you, dear,” which led to her following up with another comment: “And your cup of tea.”

While on Strictly Come Dancing, Debbie was partnered up with professional dancer Giovanni Pernice, 29.

Earlier this month the pair chatted on BBC Berkshire about how they used to eat every meal together during training.

The host told her listeners: “I know you probably don’t want me to give this secret away on-air but because we worked together for so long and we ate every meal together.”

In response to Debbie’s admission, the Strictly pro said: “You’ve just given my secret away.”

The former ballet dancer then went on to tell the nation how many sausage rolls Giovanni scoffed on “one occasion”.

She said: “Am I allowed to say how many you had at lunchtime on one occasion?”

And with Giovanni’s permission, the radio presenter continued: “Giovanni had six and they weren’t those little ones you get at cocktail parties.”

November 4, 2019 Admin Comments Off on Steph McGovern: ‘No one’s asked you love’ BBC Breakfast star takes swipe at Theresa May

October 18, 2019 Admin Comments Off on How Liverpool’s first girl band dubbed ‘the female Beatles’ had run-in with John Lennon