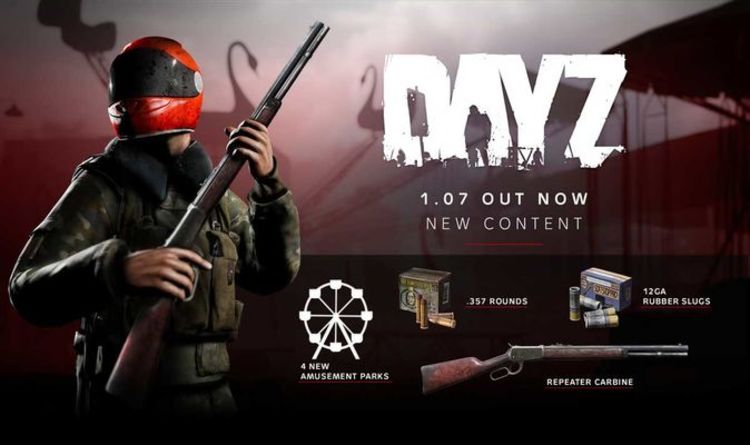 DayZ update 1.07 is now available to download on PS4 and Xbox One, following a period of server downtime and maintenance. The process didn’t take a long period of time but it did end with a new patch needing to be installed on consoles. DayZ update 1.07 is the latest build of the game to be released by developers Bohemia Interactive, with further testing being conducted on PC.

There’s certainly a lot of bug fixes listed in the official patch notes, which have been shared for PS4 and Xbox One gamers to check out. But today’s patch also includes new content that will be available to try as soon as you have installed the new DayZ build.

This includes the launch of the new Repeater Carbine weapon which is loaded with.357 rouns. DayZ fans will also notice the addition of 12ga Rubber Slugs which can be used in a number of different shotguns.

“Hello Survivors, the new 1.07 Update brings some important fixes and exciting new elements to the game,” a message from the development team confirms.

“We are adding the Repeater Carbine which uses .357 rounds, and the 12ga Rubber Slugs which can be used by any of your favourite shotguns.

“This new update also focus on important fixes, from small gameplay tweaks to the inventory fixes that were affecting the player experience since the release of the 1.06 Update.

“You will also be able to find the newly added Amusements Parks, which are scattered across Chernarus.”

Full patch notes from today’s big DayZ update can be found below: