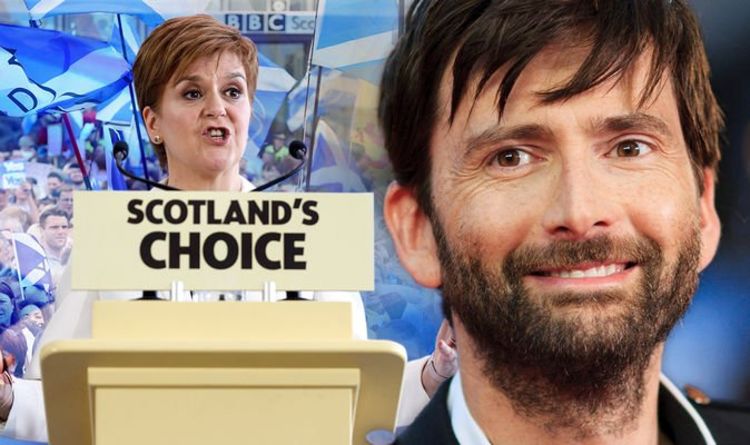 Tennant admitted that he preferred to keep out of debates about the UK’s future because he feared celebrity status could sway some voters.

Despite this the actor, who grew-up in Bathgate, West Lothian, felt it was inevitable that his thoughts on major issues would come to the fore.

He said: “My personal views will come out in interviews because I end up talking about them.

“But I don’t expect other people to follow them just because they’re mine.”

Tennant stated that if he could go on ‘Question Time‘ he would but he felt that there were “cleverer people who could do it better” and had his own reservations.

He continued: “If I really believed I could make a difference, I would.

“I do think there’s a danger in going, ‘Because you’ve seen me in a television programme, my views are more important than someone else’s.’

“And there’s a danger in being drawn into proselytising for whatever cause you’re currently passionate about, and I think you just have to use up that capital sparingly.

“Because also there is no reason why anyone should listen to anything I have to say. Anything.”

Tennant dubbed Brexit a “depressing” prospect during his 2017 interview with The Times Magazine – and added that he hoped his home nation would leave the UK.

He said: “I’m now at the point where I think if Scotland goes again for a referendum, they should go independent… Politically, I think we’re in for quite a dark time.”

In the 2014 Scottish Referendum, 55 percent of the country voted to remain part of the UK, compared to 45 percent who wanted to leave.

Scottish National Party (SNP) leader Nicola Sturgeon has called for a second chance to ask Scots their decision in what has been dubbed IndyRef2.

She wants the UK Government to grant Holyrood the power to hold another referendum in 2021 – but so far Prime Minister Boris Johnson has refused.

Labour leader Sir Keir Starmer has also voiced his opinion that there is no need to break-up the UK.

In another comment made by Tennant, a lifelong Labour Party supporter, he blasted former leader Jeremy Corbyn.

The actor, who is yet to comment on Sir Keir’s new role as Labour chief, told the Times in 2017: “I’m waiting for a great new leader.”

Chris Evans: Virgin Radio host reveals he had to HIDE after film ‘broke’ him

August 2, 2019 Admin Comments Off on Chris Evans: Virgin Radio host reveals he had to HIDE after film ‘broke’ him