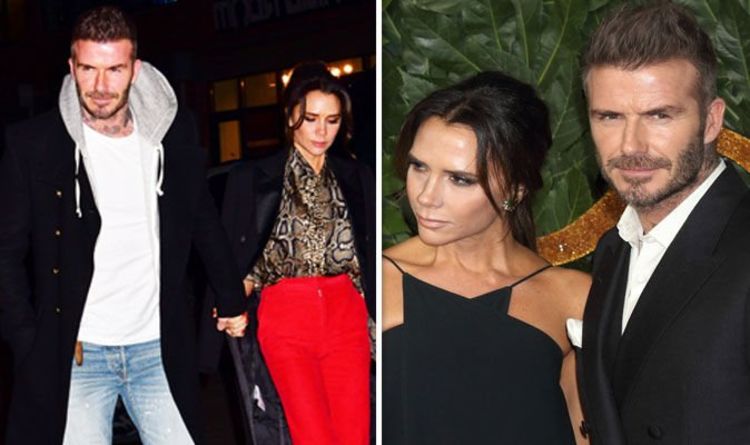 David Beckham, 43, and Victoria Beckham, 44, regularly post sweet shots of their family on their social media accounts and it was no different after the former footballer took the time to celebrate his partner. Taking to his Instagram account, David posted a snap from the couple’s engagement reveal which showed Victoria showing off her engagement ring. He captioned the clip: “21 years ago today @victoriabeckham.” Victoria then shared the picture on her own Instagram, writing: “Can’t believe this was 21 years ago!!! X Kisses @davidbeckham.”

The infamous snap was taken after a press conference in Crewe in 1998.

The couple tied the knot in a lavish ceremony just 18 months later after they confirmed their engagement and just four months after the couple welcomed their first son, Brooklyn.

Meanwhile, the popstar turned fashion designer recently addressed the constant speculation around her marriage during an interview with The Guardian.

The fashion designer claimed that you have to be “quite controlling” as “people do believe what they read”.

The Spice Girls hitmaker said she leaves it all to her team to deal with as she juggles her brand with her famous clan.

She told the publication: “It can get quite frustrating, but I leave it to my PR team. I don’t get involved.

“You do have to be quite controlling because people do believe what they read, and when it’s completely fabricated, that’s really annoying.”

The mother-of-four continued: “People are interested in my personal life. And sometimes that works in my favour and sometimes it’s things that I don’t like.

Meanwhile, Victoria took to Instagram to share a black and white snap alongside her beau, David as she celebrated her latest collection with Reebok.

In view of her 24 million followers she captioned the snap: “Such a special night and so excited to finally celebrate my #ReebokxVictoriaBeckham collection!! VB @davidbeckham.”

Fans inundated the star with compliments as one fan wrote: “Good luck with your new collection. Wishing you every success.”

October 25, 2019 Admin Comments Off on Jamie Redknapp poses alongside Made in Chelsea star after ex Louise ‘kisses model’

August 15, 2019 Admin Comments Off on Dan Walker: BBC Breakfast host in shocking row with journalist – ‘You’re BETTER than that!