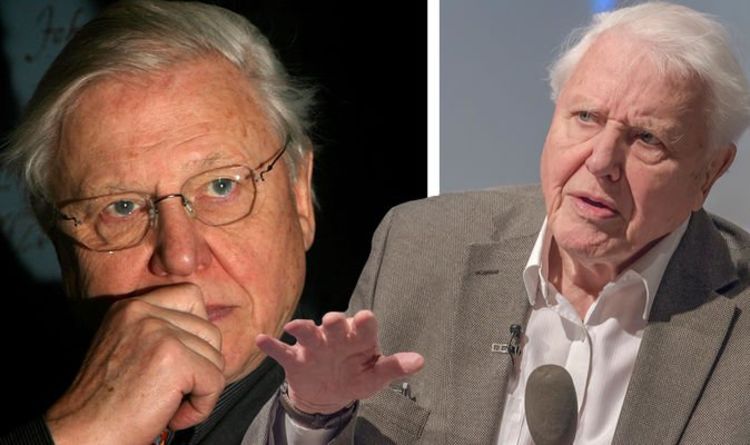 Fans of David Attenborough, 94, will be pleased to know that he has yet another spectacular series coming out very soon, but this one has a slightly different agenda to that of some of his hard-hitting documentaries. Life in Colour is the latest of his iconic filmography, and is set to a debut this Sunday [28 February] but David isn’t stopping there, announcing he has “plenty of woe is me” programmes currently in the works.

The two-parter is shot in the Maasai Mara reserve in Kenya, and will focus purely on the role of colour in the natural world and being able to rejoice it.

It’s almost certain that with his trademark voice, it will become a popular hit with BBC viewers.

In a recent interview, the nation’s favourite environmentalist addressed fulfilling his lifetime ambition of creating something a little different.

“You might say that, in the past, we’ve concentrated on an idealised world where the animals are plentiful and abundant and so on, but I don’t think you can accuse us of that these days,” he explained.

“In fact, the reverse is the case. I think a lot of people think we’re spending all our time saying, ‘Whoa, whoa, whoa, what a catastrophe faces us,’ which is perfectly true.

“But this series is about what it says it’s about, which is colour and yes, just being able to rejoice in it.”

He added: “I’m doing plenty of ‘woe is me’ programmes at the moment!”

With Boris Johnson‘s latest coronavirus announcement somewhat lifting national morale with the government’s roadmap to UK recovery, Attenborough’s hints of more natural history shows really is the cherry on top of the cake.

“These days, and I’m talking about before Covid, you have big crews and everything’s sorted out, you know exactly where you’re going to be.”

He remembered a time back in 1955, when he and his cameraman visited Indonesia for almost four months and “nobody knew where we were”.

“There were no phones, let alone mobile phones,” he told Radio Times.

“We were the first people to film Komodo dragons, and nobody knew where Komodo was!”

He continued: “We pushed off in a little fishing boat, about 30 feet long, and if we’d disappeared, been shipwrecked, caught on coral reef or got into trouble, nobody would have been able to do anything about it.

“We carried all the film with us in two heavy, great boxes and couldn’t develop it until we got back after four months away, with no idea whether there was a fault in the camera or not.”

But times have changed significantly since then and as he gets older, he’s become one of the most influential activists we long to protect at all costs.

David’s full interview is available to read in Radio Times.

November 11, 2018 Admin Comments Off on Amanda Holden ‘confronted’ Phillip Schofield after ‘losing out’ on This Morning role