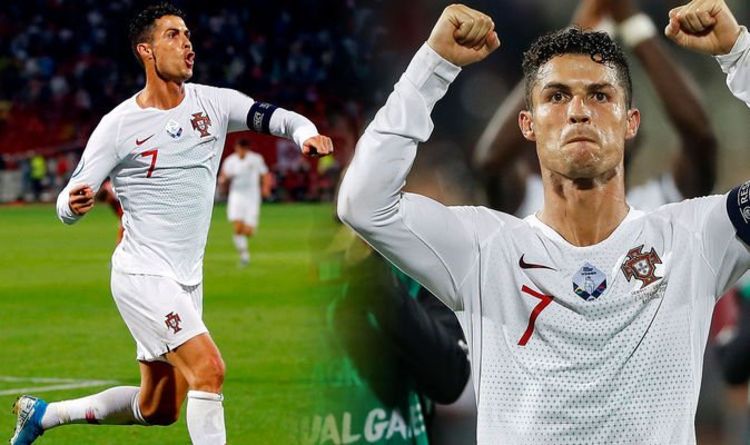 The forward netted four goals for Portugal in their European Championships qualifier against Lithuania on Tuesday night.

Ronaldo, who has 24 goals in European qualifiers, has now broke Robbie Keane’s record of 23 strikes.

Portugal dominated against Lithuania, with Ronaldo leading the way in a 5-1 rout.

The Juventus star opened the scoring from the penalty spot after just seven minutes.

William Carvalho added another in the 92nd minute as Portugal secured all three points in Lithuania.

Ronaldo’s exploits come on the day his Juventus wages were revealed.

The Portugal star is earning three times more than any other Serie A player.

In figures published by Gazzetta dello Sport, Ronaldo pockets £28m (€31m) per year at Juventus, which works out at around £538,000-a-week.

Ronaldo netted 27 goals in all competitions in his first season at Juventus last time out.

“We have met one another and talk very often,” the former Inter star said.

“Lukaku is a big fan of Italian football and I think he is made for this league.

“He is strong and can score many goals. His strength will put every Italian defence in trouble.

“He has always shown that he can score goals wherever he has played.

“In my opinion he will score more goals than Cristiano Ronaldo will this year.”