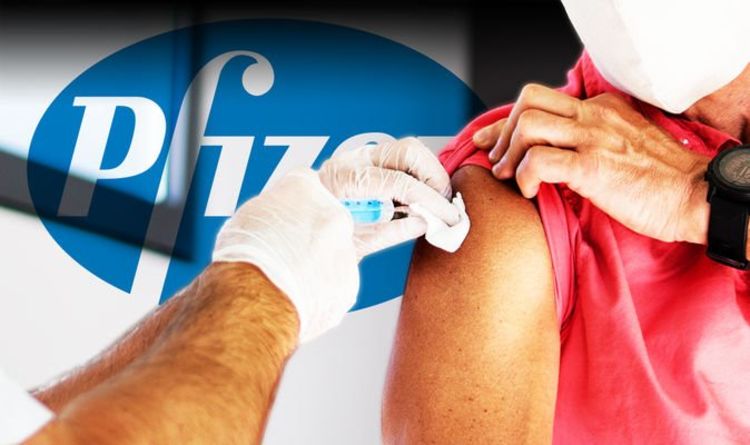 In a major breakthrough in the race to find a solution to the pandemic, Pfizer has said its final results suggest its vaccine is 95 percent effective – up from its provisional 90 percent efficiency announced last week. The company, that works in partnership with BioNTech, said the final results from its latest trial mean it has reached the required two-months of safety data.

Pfizer will apply for emergency US authorisation of the drug in the coming days.

The UK regulator, the Medicines and Healthcare products Regulatory Agency (MHRA), is also poised to fast-track authorisation of the vaccine.

The vaccine has been tested on 43,500 people in six countries and no safety concerns have been raised.

In the final trials, the jab showed 95 percent of participants were protected from the virus within 28 days of the first dose.

The jab also proved 94 percent effective among adults over 65, who are considered to be more vulnerable to the disease.

The researchers found there were no serious side effects to the drug, with only two percent of participants reporting a headache and 3.7 percent reporting fatigue.

The UK has secured 40 million doses of the vaccine, with 10 million due in the country by the end of the year if the jab is approved.

The Pfizer vaccine works by producing both an antibody and T-cell response in the body to fight coronavirus.

Last week the Government outlined its provisional ranking of prioritisation for people to receive the vaccine.

Care home residents and workers will be the first, followed by those aged over 80 and health and social care workers.

September 16, 2018 Admin Comments Off on Cost of Hurricane Florence to SOAR after homes RUINED by floods from ferocious storm