UFC 257: McGregor vs Poirier. The promotion’s first pay-per-view card of 2021 marks the return of former two-division champion Conor McGregor, who locks horns with Dustin Poirier in a lightweight match-up.

Oh my goodness. I cannot believe what I have just seen. Dustin Poirier avenges defeat and KOs Conor McGregor in brutal fashion. That was an incredible finish by The Diamond.

McGregor vs Poirier – Round One

Poirier goes to the floor but McGregor responds well with a thunderous shoulder strike.

The pair talk to one another as they grabble and exchange shoulder strikes.

Conor lands a nice elbow and two flush shots as they return to the centre of the octagon.

Intriguing opening five minutes. Poirier trying to tire McGregor but may have worked against him.

McGregor finished the round well, using his jab and finding the target.

Will we see a repeat of The Notorious’ first-round demolition in 2014?

This time around McGregor is planning to steamroller the American inside 60 seconds.

Not long to go now…

That is some debut from Chandler, who steams right through Hooker. That is how you maximise an opportunity. Huge left-hand hurts the New Zealander badly and Chandler finishes him off.

The American then calls out McGregor, Poirier and even Khabib Nurmagomedov as he looks to take the lightweight division by storm. Special performance.

Dan Hooker vs Michael Chandler up next!

A chance to make a statement in the lightweight division ahead of the main event.

Eye vs Calderwood – Round Three

A late effort from Eye but this has been comfortable from Calderwood, who has picked her shots to perfection. Superb performance.

Eye vs Calderwood – Round Two

Eye seems to be pressing hard with no reward. Calderwood landed a huge kick to the face, followed up with some smart body kicks and punches. Good round from the Scot.

Eye vs Calderwood – Round One

Closely contested first round. Calderwood keen to invest in the body but her face is already marked up.

Here we go, up next… Jessica Eye vs Joanne Calderwood

It is OVER! Muradov stops Sanchez in Round 3

Really impressive performance from Muradov, who finally gets through in the third round.

Takes away his equilibrium before Muradov sends a flying knee into the head of Sanchez.

The referee interviews to safe his blushes. That was not going to end well.

Another third-round stoppage for Muradov, who gets the approval of Dana White.

Sanchez vs Muradov – Round 2

Sanchez started to feel the power of Muradov towards the end of the round, as he backs up.

A head kick narrowly misses from Muradov, who is constantly on the move in a bid to entice his opponent.

Sanchez vs Muradov – Round 1

Sanchez lands some nice shots as he tries to put together some combinations.

Muradov happy to take them flush on the head and the Uzbekistan star tries his luck with a flying knee and several head kicks. Good opening round.

Andrew Sanchez and Makhmud Muradov at middleweight up next!

HOW TO WATCH CONOR MCGREGOR VS DUSTIN POIRIER 2

WOW! Rodriguez stops Ribas in Round 2!

Crazy, crazy finish there from Rodriguez. She drops Ribas and thinks it’s over as the referee moved in.

But the fight was waved on and Rodriguez made sure of the win with a stunning elbow and several big punches. Brutal but impressive stoppage.

Rodriguez vs Amanda Ribas – Round 1

An intriguing start to this one. Ribas the aggressor and Rodriguez’s coach is adamant she lost that round as he looks to spark a reaction.

Main card up next…

That’s all from the prelims. Some really good, well-matched contests with Arman Tsarukyan probably the pick of the bunch.

Tonight is about to go up a notch though thanks to some mouthwatering matchups, which concludes with the return of The Notorious Conor McGregor.

Great fight as Arman Tsarukyan beats Matt Frevola by UD. Dominant performance wore Frevola down in the second and third round.

Tavares does more than enough to beat Carlos Junior as he cruises to a unanimous decision victory over the Brazilian, scored 30-27, 30-27, 29-28.

McGregor’s coach John Kavanagh is cautious that Poirier is a well-rounded and much-improved fighter since the first clash in 2014.

He believes his fighter will have to be ready for relentless pressure from the American.

I think Dustin’s biggest attribute is that he pours on a lot of pressure,” he said.

“That’s certainly something to take note of. He’s been in some wars lately where’s he’s been able to walk through some shots and pile on a whole load of pressure. Do we get into a whole technical discussion with just a few days to go? Probably not [laughs].

“The man is very skilled everywhere. It’s a new fight and it’s a similar fight. I feel Dustin is good everywhere. He’s got a great guillotine attack, he’s dangerous everywhere.

“But we’re confident Conor is a level above. Conor’s power has increased to an extraordinary level, to be honest. I’m really excited to see it when I’m not shouting at him ‘take it easy! Take it easy!’ when he’s wearing 18oz gloves and people are still flying across the ring.

“So to see him with 4oz gloves and not having to worry about the sparring partner? it’s exciting.”

Julianna Pena with a huge third round to submit Sara McMann.

The Venezuelan Vixen calls out Amanda Nunes following her victory as she looks to climb the bantamweight rankings.

The prelims are now underway and Polish star Marcin Prachnio just got the better of Khalil Rountree Jr in a light-heavyweight war.

Prachnio finished strongly to secure the win after being wobbled by a huge right hand from the American.

While there is plenty of intrigue surrounding McGregor’s rematch with Poirier, the fight wasn’t the main talking point on Fight Island earlier this week.

That’s because Khabib Nurmagomedov was in town and sat down with Dana White to discuss his UFC future.

White later revealed that Khabib said that his work in the UFC was done… unless he saw something from the main card that enticed him into a return.

Khabib decided not to stick around for tonight’s card after cornering for his cousin Umar on Wednesday night and instead headed to Las Vegas.

The Dagestani lightweight champion is set to meet with White again in Nevada in the coming weeks.

McGregor remains keen on a rematch with the Russian and said “we’ll get him” when White was quizzed on Khabib’s future earlier this week.

McGregor vs Poirier LIVE: Khabib will be watching from Las Vegas after cornering for his cousin (Image: GETTY)

The Notorious was left frustrated with his lack of activity last year and now he is looking to make up for lost time.

McGregor was inside the Octagon for just 40 seconds following his first-round demolition of Donald ‘Cowboy’ Cerrone.

He told ESPN: “The truth is the fight game will never get rid of me. Conor McGregor will be here until the day I go out. So that’s it.

“If they line me up, I’ll get about seven fights in the next year and a half. That’s what I want.”

McGregor vs Poirier LIVE: The Notorious is back at lightweight (Image: GETTY)

Dana White has issued a stern warning to the culprits behind illegal UFC streams.

The 51-year-old is determined to clamp down on those failing to pay for subscriptions and pay-per-view events.

And earlier this week, White claimed he was ready to strike and take action against one particular individual should they decide to stream UFC 257.

Good morning and welcome to Express Sport’s live coverage as Conor McGregor returns to action for the first time in 12 months.

The Notorious needed just 40 seconds to knock out Donald Cerrone at the T-Mobile Arena last year.

And there could be a big prize on offer if he manages to put on a similar performance against Dustin Poirier – a rematch with UFC lightweight champion Khabib Nurmagomedov.

UFC chief Dana White has confirmed that Khabib, who announced his retirement last year, may return to fight the winner of McGregor vs Poirier.

Stay tuned to right here for all the build-up to this highly-anticipated bout. 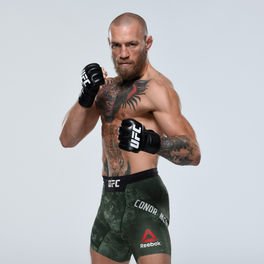 What TV channel is McGregor vs Poirier?

The fight will be broadcast exclusively on BT Sport Box Office.

The pay-per-view event, which includes the entire undercard, will cost £19.95.

How to live stream McGregor vs Poirier

Simply visit bt.com/sportboxoffice and pay for the event online.

February 6, 2019 Admin Comments Off on Emiliano Sala family 'know' Sala is dead and are desperate for body to be recovered

January 19, 2019 Admin Comments Off on Man Utd shock as pundit suggests Sir Alex Ferguson may be PICKING TEAM for Solskjaer