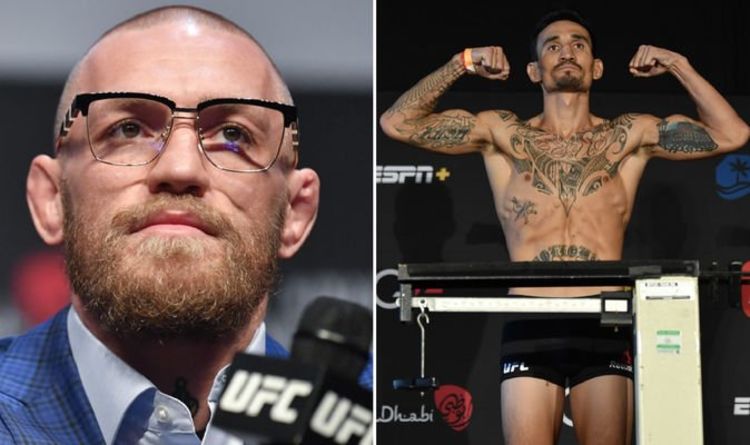 Conor McGregor insists he will throw down with Max Holloway for the second time in his career after his UFC 257 bout with Dustin Poirier tonight. ‘The Notorious’ returns to action for the first time since January 2020, when he defeated Donald Cerrone, against Poirier in Abu Dhabi in the early hours of the morning (approx. 5am Sunday morning UK time).

Former double UFC champion McGregor is eager to dominate the lightweight division again having lost his title to Khabib Nurmagomedov in October 2018, failing to defend his strap having only taken it from Eddie Alvarez in the preceding fight.

The Irishman has been tipped to fight the likes of Tony Ferguson, Charles Oliveira and Justin Gaethje if Khabib does not return for one more fight to try and take his undefeated record to 30-0.

But he also has sights on Holloway, who was brilliant in defeating Calvin Kattar at UFC Fight Island 7 last week.

During that victory, in which the Hawaiian landed a UFC record 445 significant strikes, and proclaimed to the judges: “I’m the best boxer in the UFC.”

MUST READ: McGregor vs Poirier UK start time: What time does UFC 257 start?

McGregor thinks otherwise despite the brilliant performance of ‘Blessed’ and has vowed to “prove that” against Poirier.

And he continued: “I’ll tell you what: Max had a great fight this weekend, and he’s in the pipeline for sure.

ON THIS TOPIC: Conor McGregor: Holloway banned from replacing Poirier at UFC 257

“Me and Max will do it again. Look, I’m gonna do this rematch again. You know, you gotta go in and compete.

A rematch with Holloway could make up McGregor’s plans to enter the Octagon as many as seven times in the next 18 months.

“The truth is the fight game will never get rid of me,” McGregor told ESPN. “Conor McGregor will be here until the day I go out.

“So that’s it. If they line me up, I’ll get about seven fights in the next year and a half. That’s what I want.

“I’ve got four fights left on this contract with the UFC. I’d do it in the first quarter of 2021 if they give me the dates.