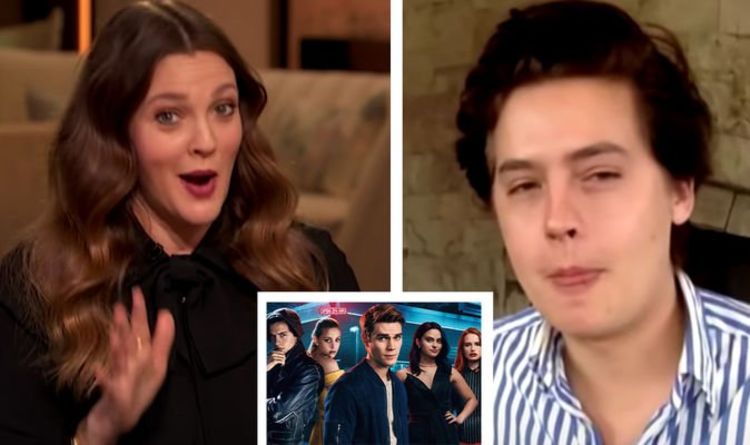 Cole Sprouse, 28, revealed a saucy detail about behind-the-scenes life on the set of Netflix‘s popular teen-flick Riverdale. The actor teased that all the cast members talk about when the cameras stop rolling is sex, leaving little to the imagination!

Appearing on The Drew Barrymore Show, the pair discussed the pending reboot of Sex and the City, which announced it would be revamping the hit film franchise without one of iconic main characters.

Samantha Jones, who was portrayed by Kim Cattrall, won’t be appearing in the new HBO Max revamp, and Drew was keen to know what Cole had to say on the matter.

When she realised he wasn’t sure who Samantha was as he’d not really watched the films, the host added in her own anecdote.

“I was watching Sex In The City while I was doing a TV show, and she affected my performance,” Drew recalled.

Cole was just eight-years-old when he joined the cast and in a recent interview on the Drew Barrymore Show on Tuesday, he revealed how his crush affected him on the set of the ever-popular series.

“I would stammer a lot, and I would forget my lines.”

While he admitted his age may have been a factor at the time, he explained that he would “maintain my composure a bit more effectively now”.

While it may come as a shock to fans that Jennifer stole a place in his heart, it was no secret to the crew.

“I was teased a little bit by the crew, because they saw it,” Cole told Drew, laughing.

“I would just forget, and be looking at her.

“But then, the whole world had a crush on Jennifer Aniston.”

Phillip Schofield: This Morning host speaks out as co-star takes step back ‘Miss you all’

March 18, 2020 Admin Comments Off on Phillip Schofield: This Morning host speaks out as co-star takes step back ‘Miss you all’