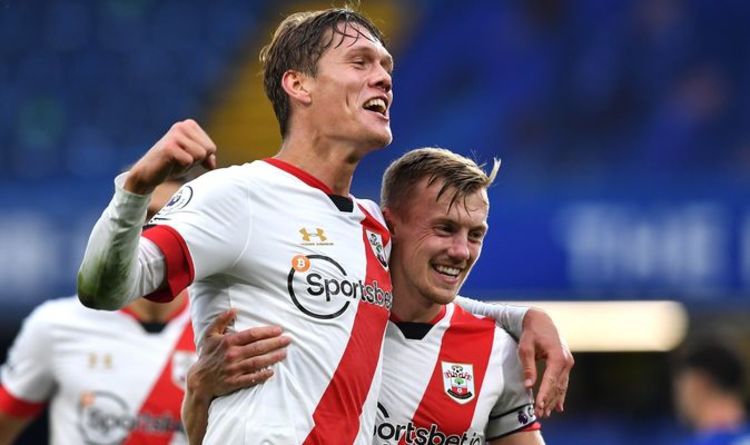 Chelsea star Timo Werner has opened up on the influence of Southampton manager Ralph Hasenhuttl during his first two years at RB Leipzig.

The Blues take on Southampton in the Premier League at 3pm on Saturday.

“I talked a lot to Hasenhuttl before moving to Leipzig,” Werner said.

“He’s a very nice guy, very jokey, and from the first time we spoke to each other it was a good relationship.

“It was the next step for me, a different team with different possibilities. It was important for me when I left my hometown to be with a manager with a good idea of football and a good personality.

“He taught me a lot about pressing, and switching from defence to offence very fast when we win the ball back,” he added.

“That was really interesting and helped me a lot in my game. It gave me space for my movements and my strengths.

“The first season, everything clicked. When we went out, every team member and I never had a feeling we could lose a game.

“We would go on to the pitch, and it didn’t matter if it was 2-0 to the others, we believed we could win at the end. It was the mentality we had and it was unbelievable.”