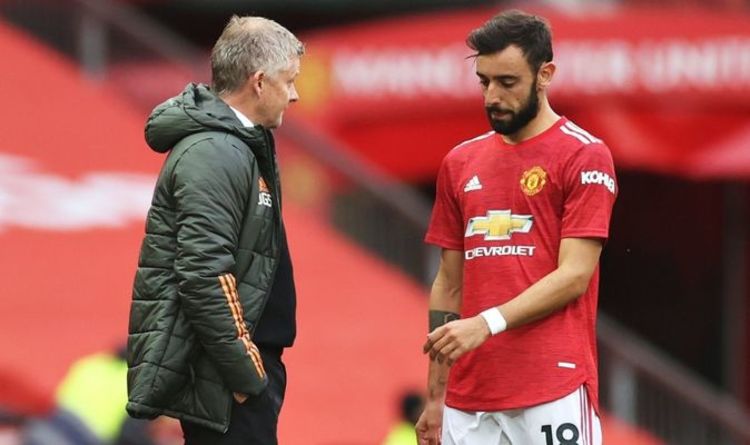 Bruno Fernandes lit up the Premier League when he arrived at Manchester United in January. The former Sporting Lisbon midfielder scored eight goals and provided seven assists in just 14 league games to help United finish third in the table.

However, the Red Devils have suffered a slow start to the 2020/21 campaign, losing two of their opening three match including a humiliating 6-1 defeat against Tottenham before the international break.

Fernandes was taken off at half-time during that game and reports later emerged of bust-up with United manager Ole Gunnar Solskjaer.

United head to the north-east to face Newcastle on Saturday and there have been question marks about whether the Portuguese star will be involved.

Despite their poor start to the season, Fernandes has still registered two goals and an assist.

“We know any little chance from outside… you want to create a division.

“I think Bruno spoke really well the other day about how we are united, we have to stay together. We can’t listen to everyone outside. We’ve got to just get on with it.

“Bruno’s now lost two league games since he came to the club and he came in February, but it’s been two in quick succession.

“So, he’s not used to losing league games for us but now, Bruno, welcome to Man United – this is what happens when you lost a couple, they’re going to try to create a division between us.

“But that’s not going to happen because this group is a group that wants to work hard together, stick together.”

With both player and manager quashing fears of a falling, it suggests Fernandes will likely retain his starting place against Newcastle on Saturday.

There were also concerns the 26-year-old would have to self-isolate after Portugal team-mate Cristiano Ronaldo tested positive for COVID-19 during the recent international break.

But this was later dismissed by the Telegraph, with the report saying the Portuguese players would not have to quarantine upon returning to the UK.

March 27, 2019 Admin Comments Off on Why Man Utd chief Ed Woodward has flown to Amsterdam for talks with rival bosses