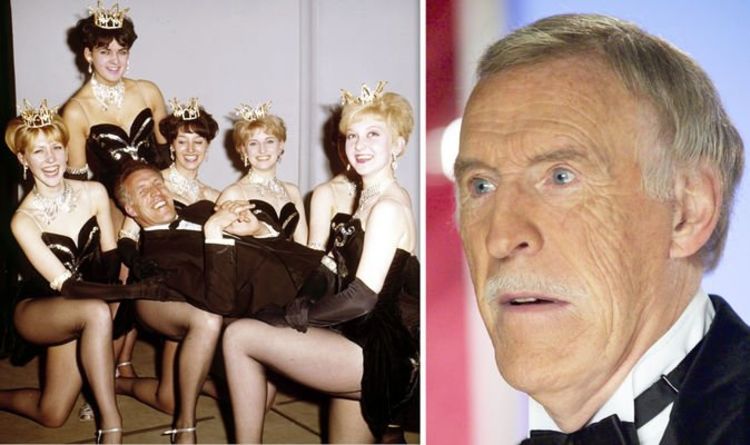 Bruce Forsyth was known as one of Britain’s most beloved entertainers and boasted a career that surpassed seven decades. He started out as a dancer under the stage name of ‘Boy Bruce, the Mighty Atom’ before becoming a compere, comedian and TV host. The ‘Strictly Come Dancing’ star’s love life drew a lot of interest after he married three times, had six children and admitted to numerous affairs along the way. Bruce’s final wife Wilnelia Merced was the presenter’s longest relationship and seemed unfazed by his “flirty” stage persona, which got him into trouble with previous partners. But in unearthed accounts, the star revealed a secret love affair while he was married to first wife Penny Calvert and his regrets that she never married him. The love interest was considered ‘the one that got away’ after she terminated their romantic fling and rejected his offer to be the next Mrs Forsyth.

Bruce was facing marriage difficulties when his head was turned by British pop star Kathy Kirby, who shot to fame in the Sixties.

In the years that followed, the BBC star admitted that he already knew his “marriage was over” due to the struggles of being in a long-distance relationship and his skyrocketing fame.

For much of the summer of 1964, he had been performing at a theatre in Bournemouth and claimed tensions had escalated with wife Penny Calvert.

In 2012’s ‘Bruce: The Autobiography’, he confessed : “Sadly, such prolonged absences eventually did put a great strain on our marriage.

“There are always temptations. Whether you take them or not is up to you. It depends how happy your private life is.”

Bruce said: “She said she should have married me.

“The men adored her – she was a very beautiful girl. I always thought she was a classy lady.”

In Jules Stenson’s book ‘Brucie: A Celebration of Sir Bruce Forsyth 1928 – 2017’, the star’s former wife commented on their relationship at that time.

Penny said: “Bruce really was a Don Juan and this often broke my heart.

JUST IN: Bruce Forsyth’s greatest grudge after man who ‘humiliated’ him exposed

“He could not resist a pretty face. It was not that he was particularly promiscuous. He just couldn’t stop himself falling in love.

“He has a tremendous amount of sex appeal – I’m not surprised that young women fall for him.”

Bruce’s antics were believed to have come to a close after marrying former Miss World Wilnelia Merced in 1983.

She hit the headlines this week after selling their luxury mansion in Wentworth, Surrey, shortly before the coronavirus lockdown.

Ms Forsyth fetched a staggering £5.5million for the estate and stated that while it was “hard to leave” she couldn’t live there “without Bruce”.

Comedian Vic Reeves: ‘I like shopping with the ladies’

May 17, 2020 Admin Comments Off on Comedian Vic Reeves: ‘I like shopping with the ladies’

February 21, 2020 Admin Comments Off on Chris Evans: Virgin Radio DJ apologises to guest after being awkwardly told off on-air