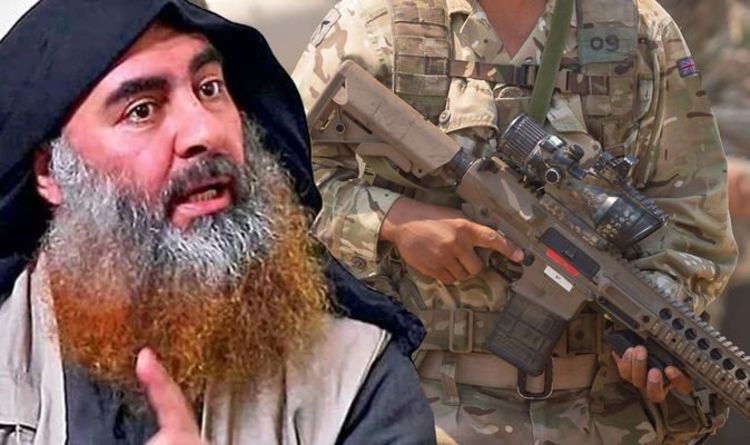 Abu Bakr al-Baghdadi had been aiming to exploit the chaos caused by Turkey’s military intervention in northern Syria. But the move backfired because his message was intercepted – and special forces are now on his trail in Western Iraq. More than 30 SBS soldiers, backed by members of the Special Forces Support Group, were last night involved in the covert hunt, working alongside a US Special Operations task force to track and trace the digital information.

An RAF surveillance craft made the interception last week, recording a member of Baghdadi’s close-knit team, who was identified through voice recognition software.

The adviser is said to have been sending an audio message from Baghdadi to Amaq – the “ghost” extremist news agency of IS which operates on the dark web.

In the message, the jihadi leader, 48, encouraged all IS “detainees” to rise up and fight. The message was traced to Anbar province in Iraq. It borders Syria and has a population of more than 1.6 million.

Last night, the SBS team, supported by 120 troops from B Company SFSG, was driving across the area in pick-up trucks.

It is thought that the Turkish offensive in northern Syria will deter Baghdadi from moving back across the border due to heightened drone surveillance.

Last night a senior military source admitted it would not be easy to find him, adding: “Anbar province is huge and there is lots of scope to hide. It’s a bit like finding a lizard in the Mojave desert – you know it’s there but you have just got to keep lifting the boulders until you find it.

“But Baghdadi is beginning to make mistakes. He needs to be lucky every day – we only need to be lucky once.”