– Moroe, who is South Africa’s acting high commissioner, says the diplomatic mission will be closed until the situation improves

South Africa high commission has shut down its Lagos and Abuja offices over retaliatory attacks on South African citizens and businesses by Nigerians.

The Nation reports that the directive was given by the acting high commissioner, Amb Bobby Moroe, who said he directed the mission to suspend all consular activities until the situation improved.

Legit.ng gathers that there have been retaliatory attacks against South Africans and their businesses in Nigeria over xenophobic attacks on Nigerians in South Africa.

According to Monroes, the reported attacks on South Africans in some parts of the country informed the decision to close down the diplomatic mission. 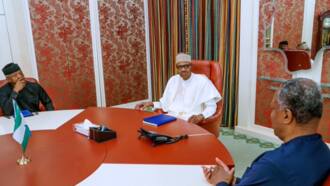 Xenophobia: On this occasion, we will not give in – FG

Legit.ng previously reported that the government of President Muhamadu Buhari, on Wednesday, September 4, recalled Nigeria’s ambassador to South Africa over the recent xenophobic attacks on Africans living in that country.

Also previously reported by Legit.ng was that the minister of the Federal Capital Territory (FCT), Muhammadu Bello, appealed to residents to shun retaliatory attacks on South Africans and their businesses in the territory over xenophobic attacks on Nigerians in South Africa.

Bello said the federal government was making efforts to address the issue, urging residents to allow the efforts to succeed by shunning reprisal attacks. 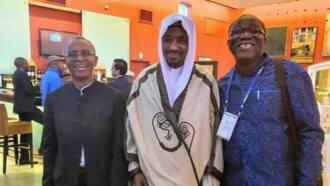 The minister made the plea in a statement signed by his chief press secretary, Anthony Ogunleye.

According to the minister, the South African businesses in the FCT are in partnership with Nigerian investors and are contributing to the economic development of the territory.

July 2, 2019 Admin Comments Off on Abuja-based male lawyer receives love note from his boyfriend in America

July 1, 2019 Admin Comments Off on Salah on fire as Egypt hammer Uganda to maintain winning run at AFCON 2019