– Unknown gunmen were reported to have invaded his residence in Yola on Monday, November 23

– At about the same time, gunmen also kidnapped the brother of an Adamawa state lawmaker

A report by The Nation indicates that some suspected gunmen have abducted the wife and son of one of the security details of former vice president, Atiku Abubakar.

It is believed that the kidnappers had gone for the aide but could not find him, and instead took his wife and son. According to the news outlet, they thought he was still around after reportedly coming to town with Atiku for the weekend.

Sources told the newspaper on Wednesday, November 25, that the incident took place on the night of Monday, November 23, in Yolde-Pate, Yola, when the target was believed to still be around 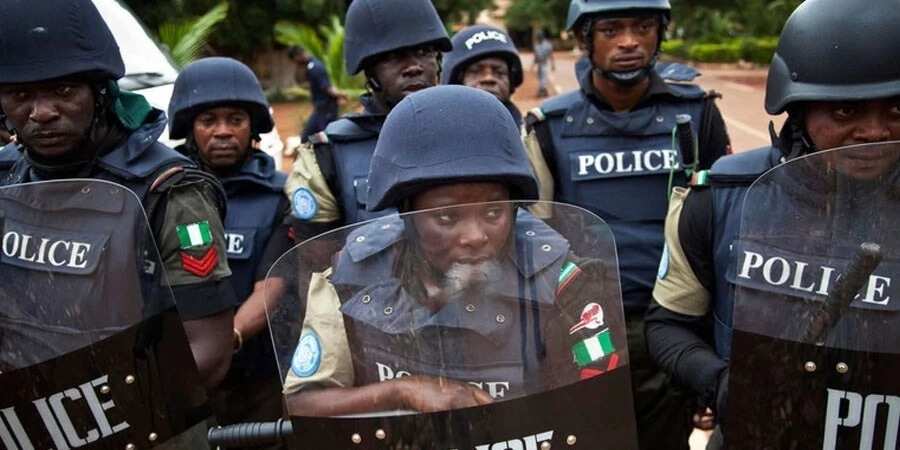 The Adamawa state police command said that the perpetrators would soon be brought to book. Source: The Guardian.
Source: UGC

One of the sources was quoted saying:

“The kidnappers believed that the police personnel, being so close to Atiku, would have money, so they went for him but took his wife and son when they did not find him.”

Also, an elder brother of the state majority leader, Hammantukur Yetisuri, was kidnapped about the same time elsewhere in Adamawa state.

According to the report, he was taken from his home in Jada Mbulo by gunmen who demanded N50 million as ransom.

The sources claimed the gunmen got to the community at about 2 in the morning, shooting and breaking into the house of the lawmaker’s brother.

DSP Suleiman Nguroje, the public relations officer of the Adamawa state police command, was said to have confirmed the two abductions, but he did not give names.

He reportedly gave the assurance that the police would do everything to free the abducted people and bring the gunmen to book.

Meanwhile, Legit.ng had previously reported that two people were allegedly abducted after unknown gunmen attacked the residence of a member, House of representatives, Abubakar Yahaya Kusada.

It was reported that the incident was said to have occurred on the night of Saturday, November 21, at the lawmaker’s Kusada residence.

Kusada is a former speaker, Katsina state House of Assembly and current member of the House of Representatives representing Kusada, Kankia and Ingawa federal constituency in Katsina state.

May 2, 2019 Admin Comments Off on Game of Thrones star Sophie Turner secretly ties the knot with fiancé Joe Jonas of Jonas Brothers (photo)

May 12, 2020 Admin Comments Off on Former Super Eagles star Emenike reveals another big revelation about late Keshi which has to do with money

Just in: Here are the major security milestones achieved between January and May 2019 – Presidency

May 12, 2019 Admin Comments Off on Just in: Here are the major security milestones achieved between January and May 2019 – Presidency